Good Samaritans give thousands to student who was hit by car

KTRK
By Shelley Childers
HOUSTON, Texas (KTRK) -- A Houston teen who was hit by a cafeteria worker on campus last year now has some extra help in the form of thousands of dollars, thanks to some generous people.

In January, Velasquez made it home, but he never made it back to the classroom.

Instead, he continued his studies at home, and was able to graduate and receive his diploma.

RELATED: Alief ISD senior who was hit by cafeteria worker in crash graduates

"This horrible thing happened to him and he could have let it destroy him, but instead, he let it drive him. He has never ever wavered from wanting to excel academically. That was one of the first questions he asked me when he woke up from his coma," Hastings High School Principal Lynette Miller said.

Velasquez's mother quit her job in order to be by her son's side.

Miller said the family has never asked the community for help, which is why she believes they are so deserving.

"He has just stayed so positive. Not many folks would. You go through all kinds of emotions with anger and being depressed. This young man has done nothing but stay positive and just pushed himself. It's amazing," Miller said.

He wants to become a welder and move his family out of the low-income housing they've lived in his entire life.

"To me, after everything he's gone through, to want to do that, just amazing," said Hartley.

Our camera was there when Hartley met Principal Miller to hand over a $2,000 check.

"It was mind boggling and amazing for me to see that he almost died, and yet he still now wants to help out his family the most," Hartley said.

Unfortunately, Velasquez and his family weren't able to accept the donation in-person because they have tested positive for COVID-19.

If you would like to be a part of the effort to raise money for the family, you can donate to their GoFundMe.

More than $12,500 was raised in 24 hours on the page and donations are still coming in. The total amount pledged doesn't include at least $2,000 that's been promised by several people who planned to write to Velasquez directly. 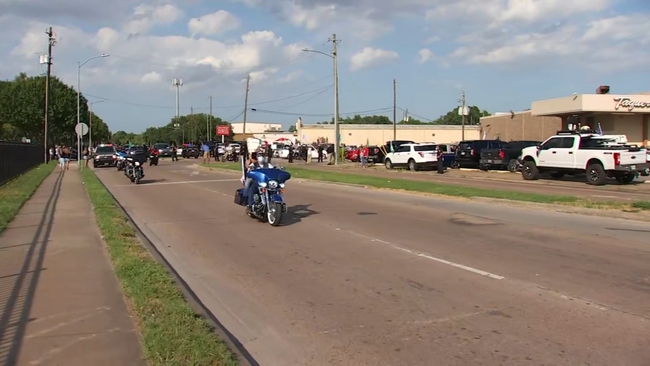