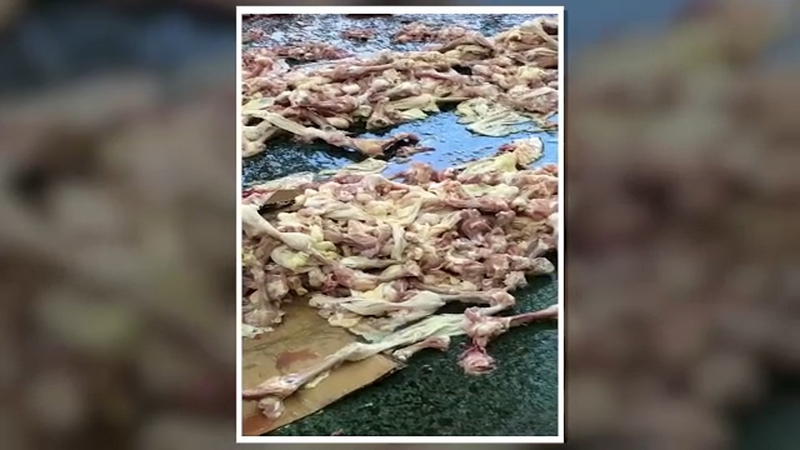 BOERUM HILL, Brooklyn -- The New York City Sanitation Department confirmed they are investigating who is responsible for a load of chicken guts left strewn down one block on Friday morning.

By 10 a.m., a DSNY spokesperson said a mechanical broom had "addressed the condition," and added that a "flusher (truck with water)" was "on the way to address the remaining street residue."

Neighbors discussed the scene in shock and disgust.

"I can smell it," added James Millard. "And I can't imagine what kind of diseases."

Witnesses said a truck carrying chicken had stopped at a red light with a partially opened back door.

They said the car accelerated at the green light and the back door came open, dumping the chicken as the car headed north.