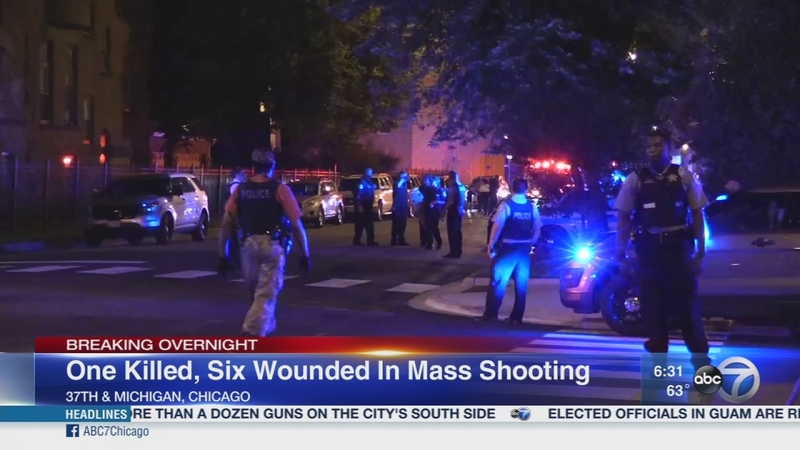 CHICAGO, Illinois -- Seven people were shot, one of them fatally, in a mass shooting Tuesday night on Chicago's South Side two blocks from the city's police headquarters.

Five of the wounded were women.

Gunfire broke out just after 10:30 p.m. in the city's Bronzeville neighborhood. Investigators said there was a large gathering of people outside at the time of the shooting.

The victims were standing on the sidewalk when a group of men walked up and fired shots from the corner, police said.

A 28-year-old man was shot in the back and was pronounced dead at the hospital, police said. His identity has not yet been released.

A seventh victim, a 30-year-old man, suffered gunshot wounds to the right leg and showed up at the hospital later. police said.

Andrew Holmes, an anti-violence activist in Chicago, said the suspects could have been captured on surveillance video.

"We are hoping that some of the surveillance cameras that are on some of these buildings, some of these poles, may have captured the license plates, the car that these individuals are in," Holmes said.

Police have no one in custody.