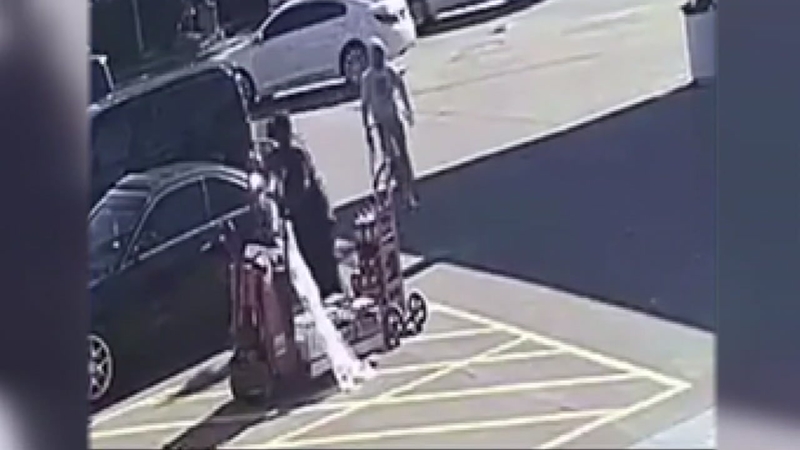 The shooting happened just after 11 a.m. Thursday at a Chevron station in the 10400 block of Richmond at Rogerdale.

Video shows the shooter in a white or gray hoodie chasing the shooting victim through the parking lot, as bystanders watch as it all unfolds.

RAW VIDEO: At least five shots were fired before the shooter fled the Chevron station on Richmond in a car.

ABC13's TJ Parker is at the scene of a point-blank shooting that unfolded at a west Houston gas station on Thursday afternoon.

Suddenly, the man raises his gun and fires two shots as the victim continues to run towards the front of the gas station.

The victim drops to the ground, and three more shots are fired at point-blank range. The gunman then takes off in a vehicle.

Houston police said the victim was taken to the hospital in unknown condition.

HPD Major Assaults detectives are responding to a shooting outside a gas station in the 10400 block of Richmond. One person has been taken to an area hospital in unknown condition. #hounews