Mom: Daughter kicked off cheerleading team because of curly hair 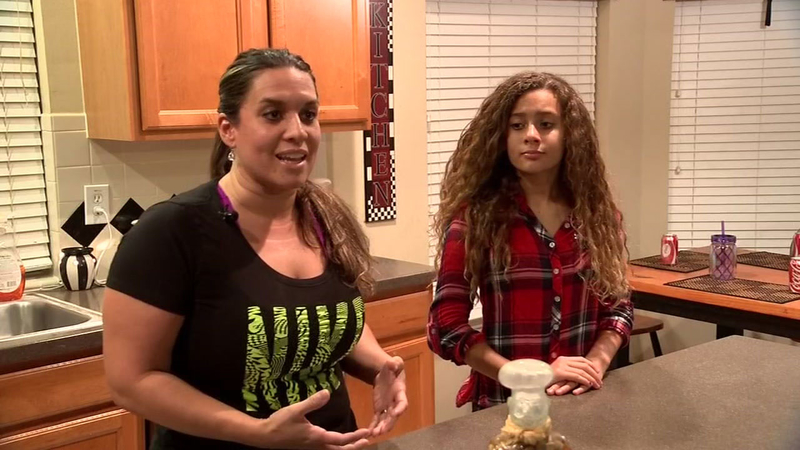 Mom: Daughter kicked off cheerleading team because of hair

TOMBALL, TX (KTRK) -- A cheer mom is flipping out after her daughter was told she could not compete with her team since she refused to straighten her hair.

Makayla Fallaw, 11, has been practicing her backflips and cheering since she was four years old. But there's one thing she can't get down pat, straightening her naturally curly locks.

Fallaw says her curls have power and give her confidence. This past week, we was told by the powers that be at Woodlands Elite Cheer that she would need to straighten her hair, like all of her teammates during competitions.

"Just a few weeks ago is the first time I had heard about a special hairstyle," said Makayla's mother Jenny. "I felt like I might make my daughter feel like her hair is not good enough because she's not like other girls."

Fallaw said she sent an email and took a meeting with the owners and cheer director to explain.

"It would destroy her hair, so I wanted to explain to them my reasoning," said Fallaw.

Kevin Tonner said he was ready to compromise with Fallaw in that meeting to keep her on the team.

Fallaw said she wasn't going to compromise her daughter's natural beauty and talent. Makayla was told she was off the team.

"It wasn't about hair. It was about we don't want this negativity on our team," Tonner said.

Tonner said not all cheer teams are required to style their hair straight. He said the team chose the hairstyle and would only have to comply with requirement for a few hours during competition, but Maykayla was able to keep her curly hair style during practice.
Related topics:
tomballcheerleading
Copyright © 2022 KTRK-TV. All Rights Reserved.
TOP STORIES
Judge: COVID asylum restrictions must continue on US-Mexico border
Known white supremacist threatening armed standoff at Texas Capitol
IRS conducting criminal investigation in Uptown Houston
Katy ISD employee's husband accused of stabbing wife to death
Your chance of rain is going up this weekend
Woman stopped at US border with condom-wrapped fentanyl
Northbound I-45 blocked before FM-518 in League City
Show More
Clear Lake charter boat captain and crew arrested
Store clerk triggers panic button causing robber to scramble
Investigations resume for parents of trans children, lawyers confirm
Celebrate National Streaming Day with Hulu for $1/month for 3 months
From Disney+ to Hulu and ABC13, here's what to binge
More TOP STORIES News