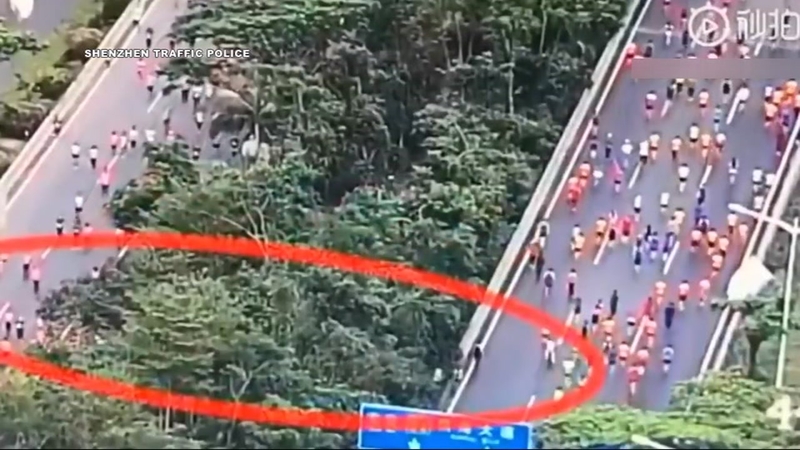 A traffic camera caught runners cutting through trees at a half-marathon in Shenzhen, China, shaving around 1.2 to 1.9 miles off the 13-mile run, Chinese state news agency Xinhua reported Thursday.

About 16,000 people were estimated to take part in the race on Sunday.

But just days later it was discovered that 258 runners had cheated, with some taking shortcuts while others had fake bib numbers or hired people to run for them.

Traffic police in Shenzhen released video from a traffic camera that showed alleged cheaters cutting through trees along the course.

Organizers issued a statement, saying in part "we deeply regret the violations that occurred during the event."