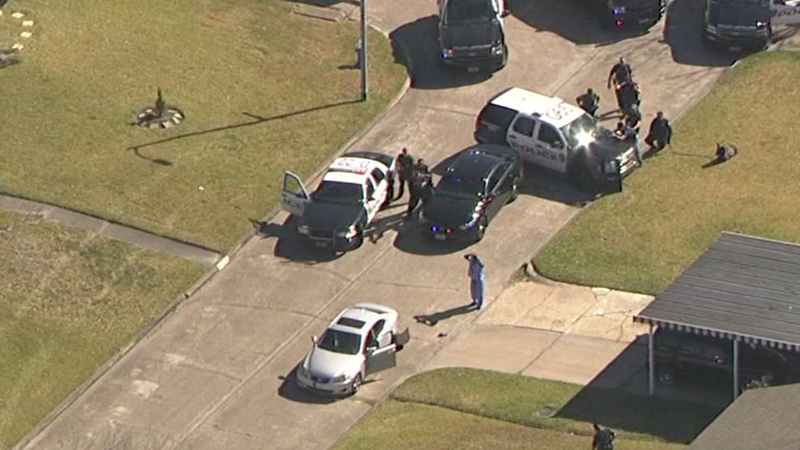 HOUSTON (KTRK) -- A man is now in custody after he led authorities on a chase through southeast Houston that ended in a tense standoff.

The pursuit came to an end on Groton Drive at Carlton. SkyEyed HD was over the scene as police, with guns drawn, waited for the suspect to get out of the car. He finally did and was taken into custody without incident.

According to police, the suspect had an expired registration tag. They tried to pull him over, but the suspect didn't stop. The suspect then drove into a neighborhood and ended up across the street from an elementary school

Raw video of a police chase that has ended in southeast Houston.

Police say the suspect's mother lives in the neighborhood. Once the suspect stopped, police and a SWAT team moved in.


The suspect stayed in the car for about 15 minutes without responding. He finally got out of the car. No shots were fired and no one was injured.

During the pursuit, the Woodson Leadership Academy in HISD was placed on lockdown.