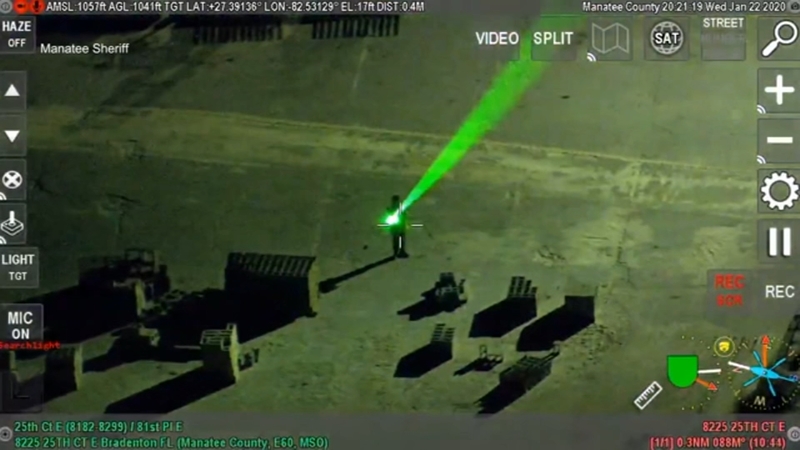 SARASOTA, Fla. -- A pilot was temporarily blinded while trying to land at a Florida airport after a man pointed a laser directly in his eyes, local police said.

Manatee County Sheriff's deputies responded just after 7:40 p.m. Wednesday to the Sarasota-Bradenton International Airport for a report of a laser being pointed at planes making their approach to land.

While police were trying to locate the suspect, he also used the laser on them, officials said. The suspect was located on a forklift just east of the airport.

Police surrounded the individual, later identified as Charlie James Chapman Jr., 41, and he grabbed a hammer and made striking motions toward deputies. A taser was deployed, and police found a laser pointer in Chapman's pocket.

A pilot was temporarily blinded while trying to land at a Florida airport after a laser light was pointed in his eyes, local police said.

He was then transported to Manatee County jail after being cleared at a medical center.

Police said Chapman shot his laser pointer on a fixed-wing plane four times and once at a police helicopter. One of the pilots of the plane said the laser hit him directly in the eyes, causing temporary blindness. The pilot said he still felt his eyesight was blurry.