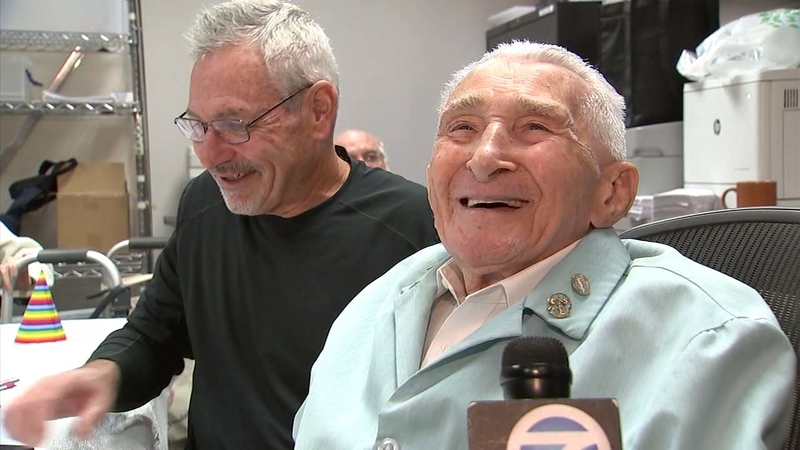 LOS ANGELES -- Charles Selarz survived the Holocaust, during which he was imprisoned in three concentration camps. Now, 70 years later, he celebrated his 100th birthday at a Los Angeles hospital - not as a patient but as a volunteer.

The grandfather of six and great-grandfather of three was asked why he volunteers to do administrative tasks every Monday. His answer is quite simple.

"Because I like to help," he said. "My wife, she was a volunteer, she was a survivor too, but cancer took her away."

After his wife passed away 24 years ago, his children suggested he volunteer at Cedars-Sinai Medical Center, and it's what he has been doing ever since.

"I have two good children. They understand me. The grandchildren are perfect, perfect. This keeps me alive too," Selarz said.

Not only is he a favorite at the medical center, but he's apparently great at getting things done.

"He's all about productivity. He wants to make sure when he gets here that there's work on the table in front of him for him to start immediately. And if there isn't, somebody's going to hear about it," said M. Casey McGuire, the hospital's director of volunteer services.