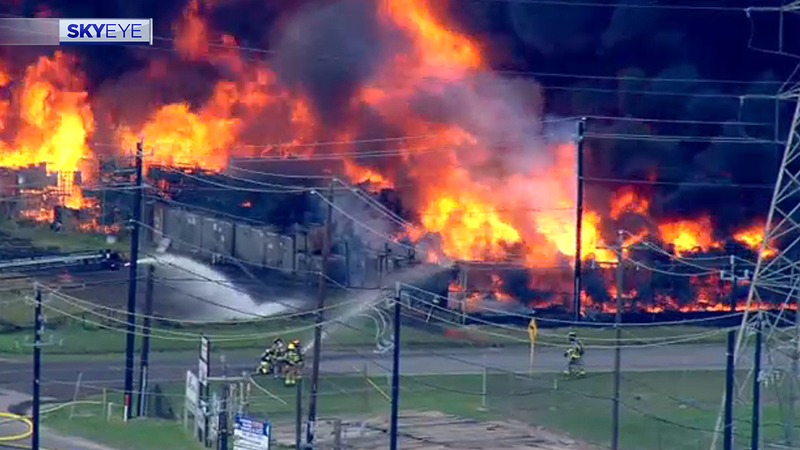 Chemicals not yet identified after Channelview fire

CHANNELVIEW, Texas (KTRK) -- After monitoring air and water quality levels overnight, the Texas Commission on Environmental Quality said it did not find any areas of concern after a massive chemical fire burned in the Channelview area for hours Wednesday.

The TCEQ said regional staff used handheld air monitoring and stationary monitors overnight, which did not detect any issues of concern.

K-Solv, the company that controls the facility of yesterday's massive fire, said late Thursday morning that leaders were given access of the scene. They were still looking into what exactly was on fire and what caused the inferno.

Regional staff continued handheld air monitoring overnight and did not detect any levels of concern from the fire. Stationary monitors in the area also did not indicate any issues of concern overnight.

Massive flames shot out of the K-Solv warehouse on Lakeside Drive in Channelview around 4 p.m. At the height of the blaze, the smoke was so thick it was even visible on doppler radar.

A massive fire burned for hours Wednesday afternoon at an industrial facility on Lakeside Drive in the Channelview area.

After several hours, fire officials were able to snuff out the flames.

The company provides environmental protection, disaster services and chemicals to the petrochemical industry.

According to the fire marshal's office, known chemicals on site include, but are not limited to, hydrochloric acid, acetone, ethanol, ethylene dichloride, and other acids.

"We had a drum transfer operation, and during the operation, we had an ignition source. At that time, our employees activated our response plan, called for evacuation and notified 911 immediately," a K-Solv official detailed. "The fire department was deployed. We rapidly had an intensification of a fire situation. Resources were pulled in to mitigate that."

"We rolled down the window and you could feel the actual heat from the fire, from the flames," one witness recalled. "It was kind of scary so we just did a U-turn and took off."

One person went to the hospital for minor respiratory irritation from the fire. A shelter-in-place order was lifted for Lakeside Park Estates and Lakeview Homes, according to Harris County Judge Lina Hidalgo. 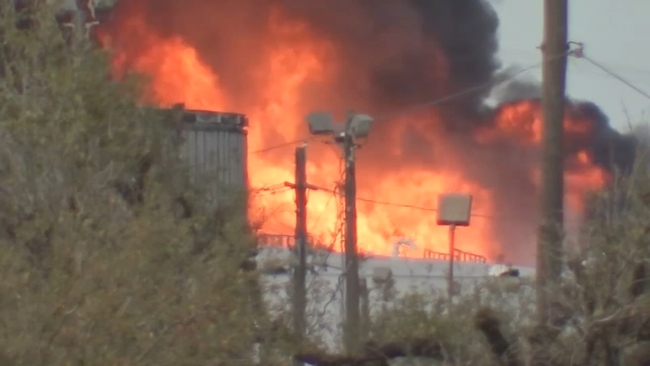 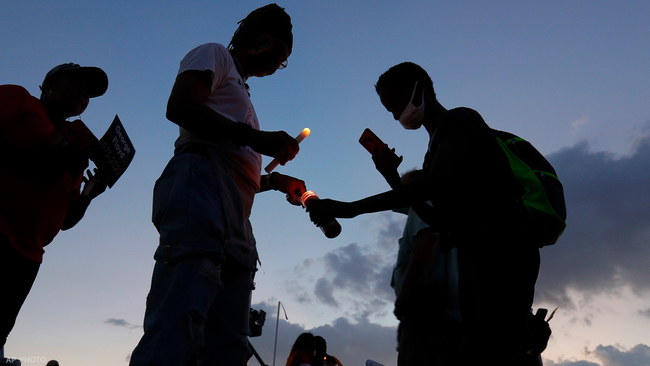