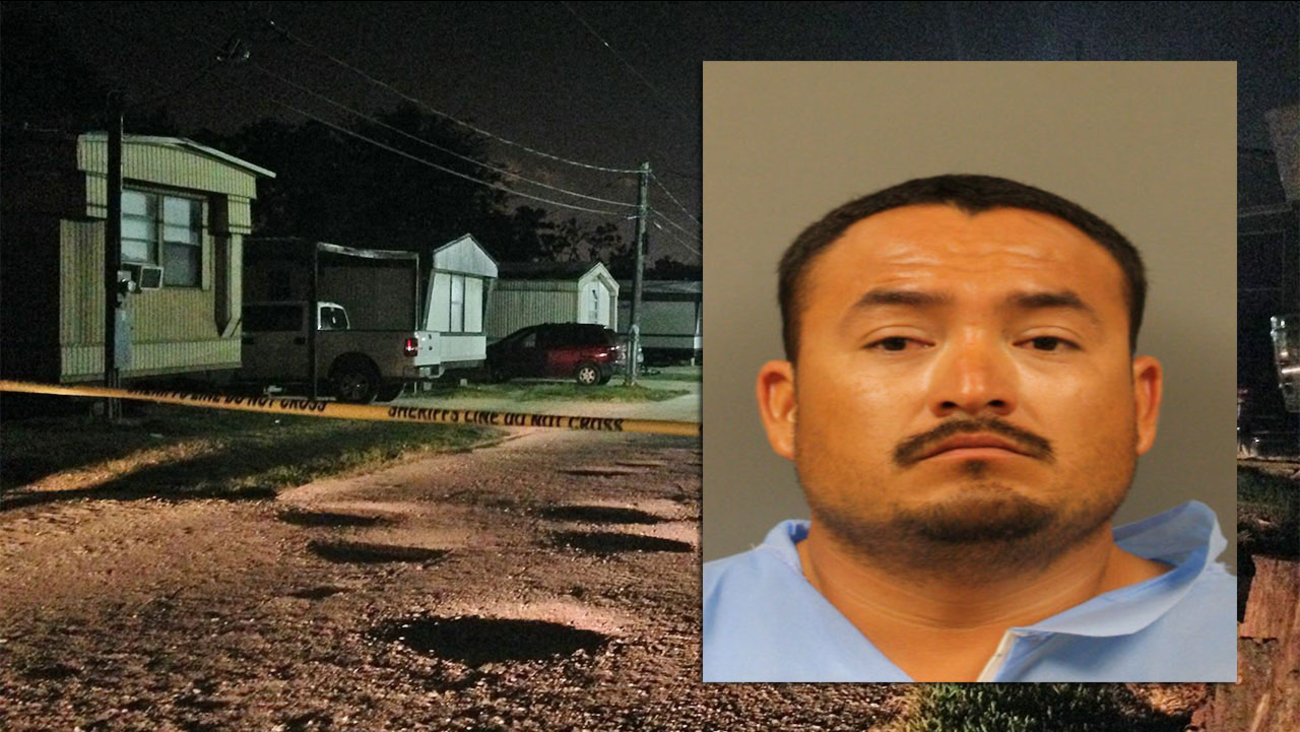 CHANNELVIEW, TX (KTRK) -- Authorities say a man fatally stabbed his ex-wife's new boyfriend with a kitchen knife, while she managed to escape with the children.

When Mirafuentes' wife refused to come out and talk with him, authorities say Mirafuentes kicked the front door open, while Jaimes was already on the phone calling 911.

While fighting with Jaimes, deputies say Mirafuentes grabbed a kitchen knife from the counter and used it to stab Jaimes multiple times. Mirafuentes's ex-wife went to the children's room and escaped through a window with the children.

Mirafuentes reportedly ran away on foot, and Jaimes died at the scene.

Deputies located Mirafuentes a short time later at a nearby apartment complex. After he was taken into custody, Mirafuentes allegedly confessed to the murder of Jaimes.