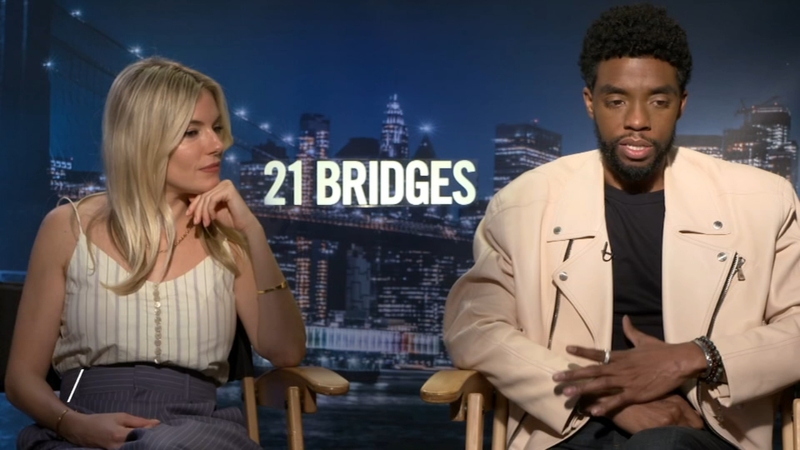 The late Black Panther star Chadwick Boseman continues to inspire people more than a month after his death.

Actress Sienna Miller, who worked with Boseman on the film 21 Bridges, told Empire Magazine that Boseman took a pay cut to make sure she was paid fairly for her work in the film.

Miller said she was not given the salary she asked for. She said it was at a time when she was exhausted and seriously considering not being part of the film.

"I didn't know whether or not to tell this story, and I haven't yet," Miller told Empire Magazine. "But I am going to tell it, because I think it's a testament to who he was."

A tribute to Chadwick Boseman, star of "Black Panther," is now on display at Downtown Disney in Anaheim.

She said Boseman gave some of his own paycheck directly to her so she could be compensated fairly.

"It was about the most astounding thing that I've experienced," she said. "That kind of thing just doesn't happen. He said, 'You're getting paid what you deserve, and what you're worth.'"

Boseman died in August after a secret years-long battle with cancer. He was 43 years old.

Children have been paying tribute to the late "Black Panther" star Chadwick Boseman by posing with the Wakanda Forever salute and their favorite superhero action figures.