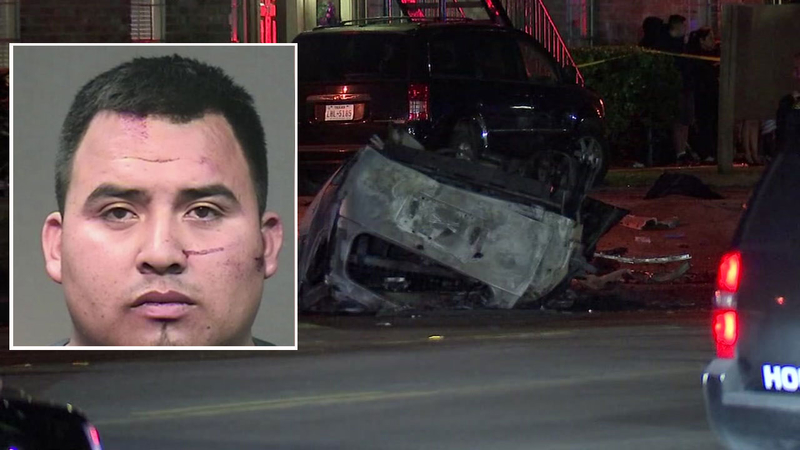 HOUSTON, Texas (KTRK) -- A bond has been set for the man accused of slamming his vehicle into an HPD cruiser, which caused a fiery crash and severely injured two police officers.

Cesar Collazo, 23, was in court overnight, where he was charged with intoxication assault of a peace officer and failure to render aid.

According to investigators, the crash happened just after midnight on Christmas Eve.

Collazo later reportedly told investigators he had just bought beer at the store down the street from the crash, a place they say he visited a couple of times that day.

If that's the case, prosecutors said more people could find themselves in court.

Both officers involved in the crash suffered burns but are expected to make a full recovery.

While in court, Collazo did not say anything as he appeared before a judge and according to a State Attorney, Collazo is in the United States on a work visa that is set to expire Dec. 31.