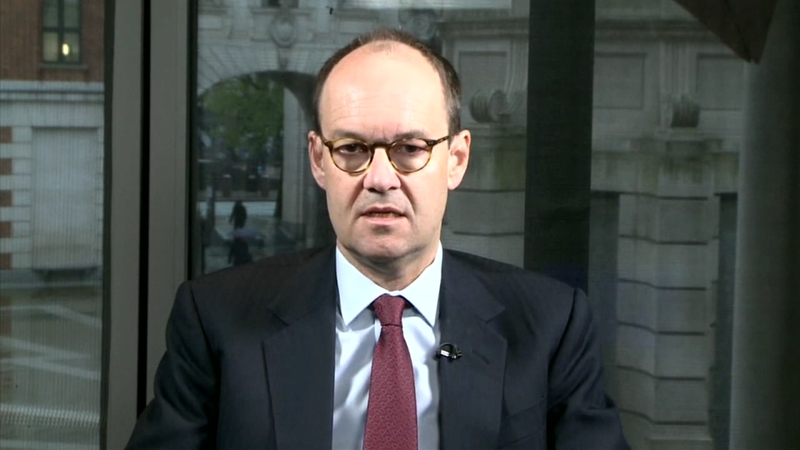 CEO of supermarket chain caught singing 'We're in the money'

The CEO of a British supermarket chain is apologizing, after he was caught on camera singing "We're in the money."

Mike Coupe was waiting to be interviewed about a blockbuster multi-billion dollar merger between his company Sainsbury's and rival supermarket chain ASDA, which was previously owned by Walmart, when an open microphone caught him singing.

"We're in the money, the sky is sunny, let's lend it, spend it, send it rolling along," Coupe sings before sipping his coffee.

He later apologized, after the footage was posted on social media, saying he was sorry if anyone was offended.

"This was an unguarded moment trying to compose myself before a TV interview," he said in a statement. "It was an unfortunate choice of song, from the musical '42nd Street' which I saw last year."

The deal is reportedly worth nearly $13 billion, and the company's stock rose some 20 percent after the announcement.