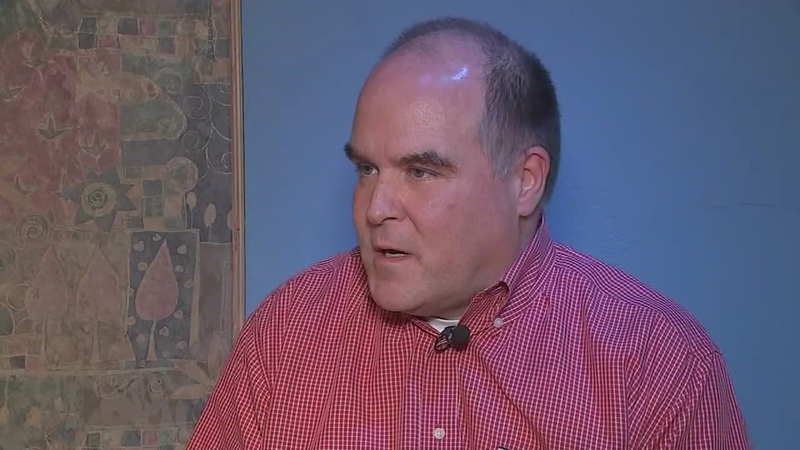 Man molested by priest at boy's camp calls for accountability

HOUSTON, Texas (KTRK) -- Michael Norris calls himself a survivor who to this day has a hard time talking about what happened to him.

"I was sexually abused by a Catholic priest when I was 10 years old," he said. "I was at a boy's camp and I came down with poison ivy. He used that to get me back to his cabin and sexually abused me."

It has been an intense battle for many years. His abuser is in jail but only after another victim came forward.

"It's going on everywhere and if you don't think it's happening right here in Houston, you're naive," he said.

Pope on sex abuse: 'We showed no care for the little ones'
EMBED More News Videos

Norris said before this latest scandal in Pennsylvania, where at least 300 priests abused more than 1,000 victims in a span of over 70 years, he already knew what was going on because it happened to him.

"It's not only the perpetrators that need to be held accountable. It's the people that cover it up and shuffle (the priests) around and know about it," he said.

On Monday, Pope Francis released a letter to the world's more than 1.2 billion Catholics addressing the sex abuse. He called it a "culture of death," said he was ashamed and that the church had abandoned these young victims.

Meanwhile, Houstonians say it's clearly time to do something more.

"A letter is not going to do that good if you still have the problem out there," said Debbie Dana.

"It's been going on for way too long and they need to do a complete overhaul of what's going on," said Sanjay Ambanai.

"Someone has to be punished, this is serious, you know," said Riyadh Dadi.

Norris was quiet about his abuse for more than 15 years but now he's a Houston chapter leader for SNAP or Survivors Network of those Abused by Priests.

"SNAP is an advocacy group for survivors of sexual abuse, not only by priests but anyone in institutional power," said Norris.

He's helping people heal by talking and advocating to change the statute of limitation laws.

Norris said he is happy this latest scandal is out in the open, but truly feels there may be more victims out there who may be too ashamed to speak out.

"As a survivor, part of what you want is you want to be believed," he said.

Cardinal Daniel N. DiNardo of Galveston-Houston, President of the United States Conference of Catholic Bishops (USCCB), has issued the following statement in response to Pope Francis's Letter to the People of God, issued earlier Monday. In his letter addressed to the whole People of God, the Pope calls on the Church to join in acts of prayer and fasting in "combatting all forms of abuse of power, sexual abuse and the abuse of conscience."

Cardinal DiNardo's full statement follows:
"I am grateful to the Holy Father for his Letter to the People of God, responding to the Pennsylvania Grand Jury investigation and other revelations that have surfaced. The very fact that he opens the letter with the words of Saint Paul: 'If one part suffers, all parts suffer with it' (1 Cor 12:25), shows that he is writing to all of us as a pastor, a pastor who knows how deeply sin destroys lives. I find these words of the Holy Father particularly helpful: 'penance and prayer will help us to open our eyes and our hearts to other people's sufferings and to overcome the thirst for power and possessions that are so often the root of those evils.' These words must provoke action - especially by the bishops. We bishops need to- and we must - practice with all humility such prayer and penance.

"The Holy Father is also inviting, and I am asking this as well, that all the faithful join in prayer and fasting as a way to help foster conversion and genuine change of life wherever it is needed, even in the shepherds of the Church. Jesus remarked once, 'This kind can only come out through prayer and fasting' (Mark 9:29); a humble reminder that such acts of faith can move mountains and can even bring about true healing and conversion.

"On behalf of my brother bishops, I offer that only by confronting our own failure in the face of crimes against those we are charged to protect can the Church resurrect a culture of life where the culture of death has prevailed."