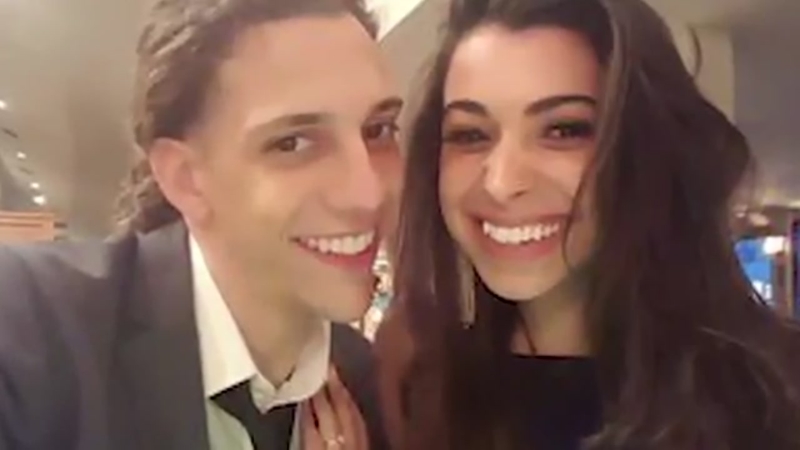 Catholic church bursts into flames hours before a firefighter and his wife were set to marry.

Wareham, Massachusetts -- A Massachusetts church went up in flames hours before a firefighter and his fiancee were scheduled to have their wedding ceremony.

The historic St. Patrick's Catholic Church closed after a three-alarm fire caused over $500,000 in damages.

"When the first company arrived, he had smoke coming from the roof of the building," Wareham Fire Dept. Asst. Fire Chief Patrick Haskell told WCVB.

DaLiza Fernandes, the bride to be figured the fire was a false alarm until she arrived to the church and saw it was an active fire.

Conrad Fernandes and his groomsmen called Catholic churches in the area and were able to move the wedding to a nearby church in Dartmouth.

The couple said the ceremony was beautiful, thanks to a family friend who jumped in to help.

"I can definitely smile about it and think that it's crazy but maybe in 25 years or maybe 10 years maybe even tomorrow I'll laugh about it, but I'm still shock because it's definitely blowing my mind," Conrad said.

"First thing he said was, 'It doesn't matter, we're getting married tomorrow. We'll find anywhere. It doesn't matter where, you'll be Mrs. Fernandes tomorrow, and so that kind of helped me a lot," DaLiza said.