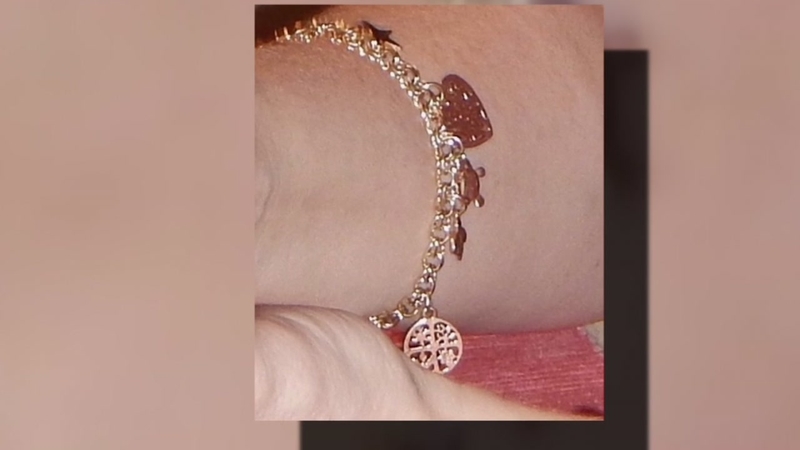 HOUSTON, Texas (KTRK) -- A woman who was attempting to do good for others is hoping others can now help her in the search for a bracelet that holds a lot of sentimental value.

Catherine Eaves says she was just trying to help someone out by donating a few of her items but, a few weeks later she realized she had accidentally included a cherished piece of jewelry.

The gold James Avery charm bracelet was a gift from her husband several years ago and included several sentimental charms she says mean even more to her now because her husband suddenly passed away in March.

Eaves says she is desperate to get her bracelet back and is willing to offer a reward if it is returned.

"On our 20th wedding anniversary, my husband gave it to me. Periodically, over the last 10 years, he was adding charms," she said. "It was his gift to me."

Eaves believes the bracelet may have been in the pocket of a white terry cloth robe she donated in late August through the website DonateStuff.com. She says she designated her items to go to the Houston location of the Purple Heart Foundation.

Eyewitness News reached out to the foundation to try and help track down where the robe may have wound up, but have not heard back.

The woman says she is desperate to get her bracelet back and is willing to offer a reward if it is returned.