Colorado firefighters rescue horse trapped up to its torso in mud 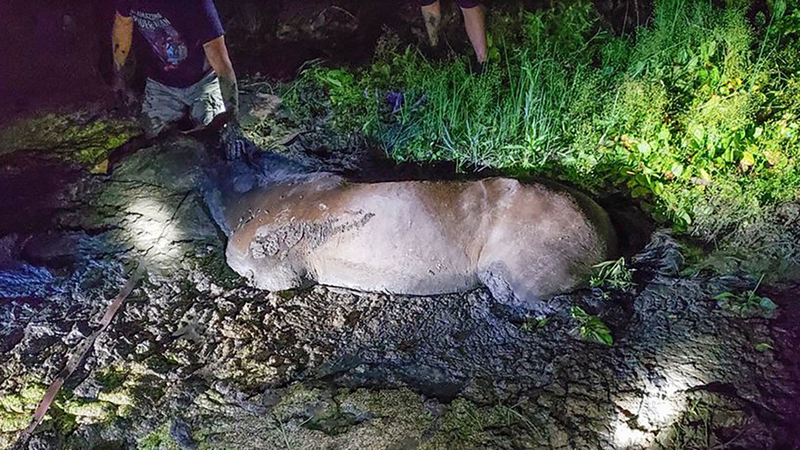 Firefighters rescue horse trapped up to its torso in mud

CASTLE ROCK, Colo. -- First responders in Colorado worked late into the night to rescue a horse that became trapped in mud up to its torso.

The Castle Rock Fire Department was called to the scene in a suburb of Denver Friday evening. Rescue efforts were complicated by the horse's distance from the main road, forcing first responders to hike half a mile to the animal.

Firefighters spent two hours digging the horse out before they were able to secure the animal in a sling and drag it up a 10-foot embankment to safety. A veterinarian stayed on the scene until almost 4 a.m. treating and hydrating the horse.

It's not immediately clear how the horse became trapped in the mud.

A boater in Canada took action after he happened upon a heartbreaking sight: seven puppies stranded on an uninhabited island in the middle of Cross Lake.