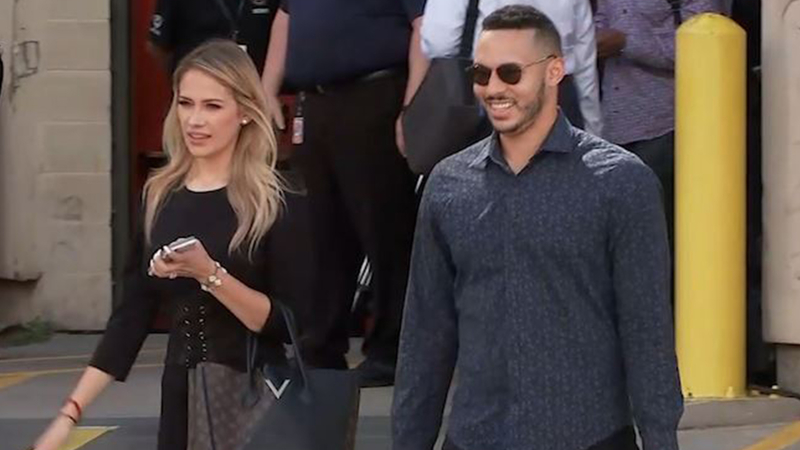 Martha Rodriguez talks about her daughter's engagment to Correa

HOUSTON, Texas (KTRK) -- The countdown is on to the next big Astros wedding!

Carlos Correa stole our hearts last year when he proposed to his girlfriend Daniella Rodriguez at the end of the World Series. Now, Daniella is revealing the date of their big day.

The future Mrs. Correa turned to Instagram on Friday to announce the couple will wed on Dec. 7, 2019.

"In one year from today, December 7th will mean more to me than just a date," Daniella wrote.

During an exclusive interview with Eyewitness News in October, Correa's future mother-in-law, Martha Rodriguez, said the couple was planning to host their wedding in December 2019.

Martha is known for making her "blinged out" custom jackets for the wives' and girlfriends of the Astros players.

She said during last year's World Series, she was completely shocked when Correa proposed to Daniella.

"It was a surprise for me," Martha said. "I saw everything on TV and started crying. It was very emotional."

The proposal from Correa also completely surprised Daniella, a former Miss Texas. She had no idea her boyfriend of over a year was contemplating the next step, or that he had been urged to do it by his mother.

With the wedding a little more than a year away, Daniella has not released information about her gown or a possible venue, though her announcement on Instagram appears to tease the look of the wedding dress.

She did host her first bridal shower on Aug. 29, where many of the Astros wives' and girlfriends were in attendance.