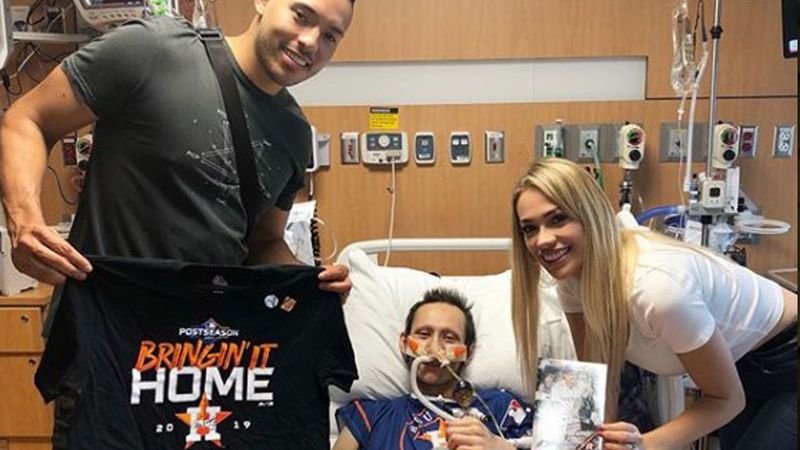 HOUSTON, Texas (KTRK) -- The young cancer patient who captured the hearts of Houston Astros' Carlos Correa and his wife Daniella Rodriguez has died.

"Woke up to heartbreaking news," Daniella wrote on her Instagram. "I thought we would change his life. As time went by, I realized that he was having all these impacts on MY life."

Their bond developed and grew since their first meeting and Correa even dedicated his walk-off home run during Houston's win over the Yankees in Game 2 of the ALCS.

"@jalen_garcia3 because of you Carlos hit a walk-off homerun!!!!" Daniella posted during the celebration.

A few days later, balloons, cakes, and smiles filled Jalen's room as he celebrated his birthday with Correa and Daniella.

As a tribute to Jalen, Daniella posted photos of their fun times and added, "It was an honor and a privilege to have become Jalen's friend. I was so happy that we were able to spend time with him and his parents on our wedding day."