Carjacking victim describes how suspect pressed knife against her 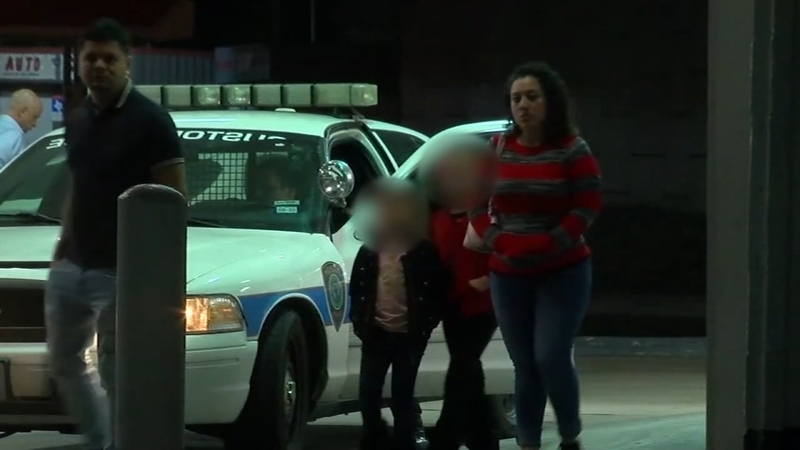 HOUSTON, Texas (KTRK) -- A family was carjacked Christmas night in north Houston during what was going to be a quick stop for fuel. It ended with the robber driving off with their truck.

It could also have cost a mother her life.

"We were sitting in the truck when this man opens the door," said Marian Amaya. "He had a long knife pressed to my side and his hand was pulling my arm."

Houston mom savs her 2 young daughters and herself from a carjacker- at 5/6! #abc13 pic.twitter.com/blKjzFuEqa

Her two young daughters were in the back seat of the truck.

"They were screaming," she said. "I told them to get out and they did and ran into the store where their father was paying for the gas."

That left Amaya alone with the carjacker.

"He had a hoodie on and never really looked up."

As soon as her daughters were safe, she pulled from his grasp and slid out of the driver's side of the truck.

"The truck was full of toys and the tools my husband uses for work," she said.

Then, she remembered her cell phone was still in the truck.

That allowed her to track the car. "We called a relative and said, 'Let's go.'"

The truck was eventually located on Austin Street near downtown.

"We also called police and gave them my phone so they could find it," she explained. "Five minutes later, they called and said, 'We have your truck.'"

The truck was still running with a 29-year-old driver behind the wheel. According to HPD, he was taken into custody, and faces a felony charge of unauthorized use of a motor vehicle, although officers stated he claimed he was borrowing the truck.

The F-150 was returned to the family. All the toys and tools were inside.

"It's just things. That's what we told the girls. It's your lives that are important," she said.

It does sound like a Christmas miracle. No one hurt, and what was taken was restored.

"I'll always lock the doors of the truck from now on, even if I'm sitting in it," she said. That's what she learned on this Christmas night.