Carjacker takes off with woman inside SUV in Fort Bend County 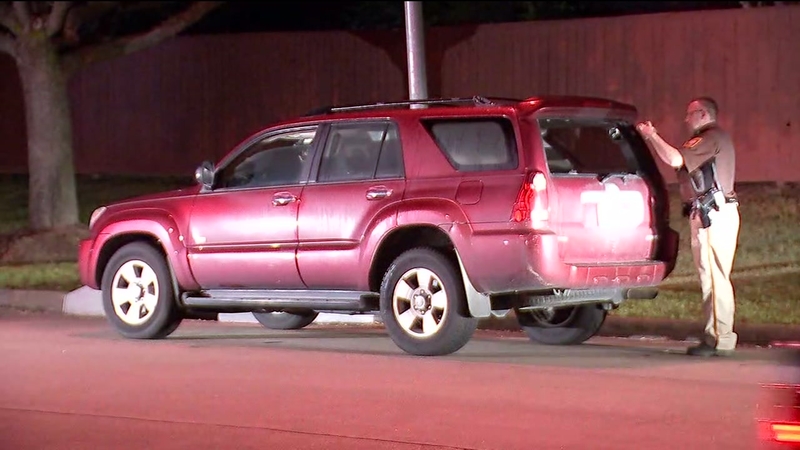 RICHMOND, Texas (KTRK) -- A woman managed to escape a terrifying carjacking in Fort Bend County and call for help.

"They didn't see it coming," said Major Chad Norvell of the Fort Bend County Sheriff's Office. "Three o'clock in the morning, just sitting there at the light."

Deputies say a man and woman were stopped at a red light in a Toyota 4 Runner on FM 1464 at West Oaks Village when a man walked up and smashed their rear windshield with a bat.

"(The driver) stepped out to see what was going on and the (suspect) jumps in the driver seat and takes off," Norvell said.

A woman was sitting in the backseat of the SUV and was inside the car with the suspect for a few minutes before jumping from the moving vehicle. She had minor scrapes and bruises.

The SUV was later found abandoned about a half mile away from where it was stolen in a neighborhood near West Oaks Village at Scenic Oaks.

John Rendon tells Eyewitness News his wife woke up around 3 a.m. and heard loud music coming from the street and spotted the stolen car parked across the street. She told her husband to call the police.

A resident says his wife heard music coming from the abandoned car and told him to call police.

"Maybe after about 10 or 11 minutes, several cop cars arrived and one of the individuals had a flashlight shining in there and opened up the door and shut off the engine," Rendon said.

Authorities are searching for the suspect.

Incident: A vehicle was stolen from a driver at 3a this morning at West Oaks / FM 1464. Vehicle later found abandoned. Deputies searched extensively but did not locate the suspect. #HouNews