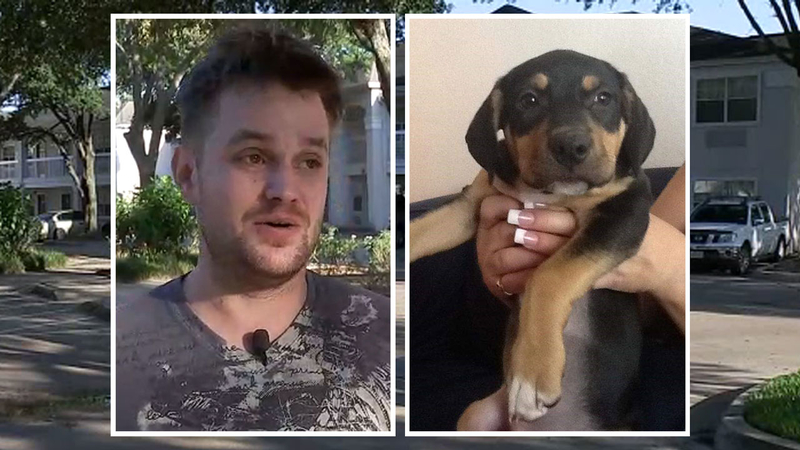 HOUSTON, Texas (KTRK) -- Police are looking for the person responsible for carjacking a man in northwest Houston and then shooting his dog to death.

Investigators said they responded to the Studio 6 Extended Stay Sunday just after midnight at 14255 Northwest Freeway.

They found Matthew Schultz there, who said he was attacked while sitting in his rental U-Haul truck.

SO SAD.. A violent carjacking in Northwest Houston left this man bruised, battered & without his dog. Now, police have recovered the stolen Uhaul... but the victims dog was shot dead inside. Man... people can be evil. I have more on this story you will see #ONLY on #Abc13 at 10 pic.twitter.com/7tLiCt1mui

Schultz says he caught up to the truck and held on to the back. He was dragged several feet before he had to let go.

By Monday night, officers recovered the van parked at a Shell gas station four miles from the Studio 6. Schultz's dog was found dead of a gunshot wound inside the vehicle.

On top of that, Schultz and his boyfriend had $4,000 stolen from them. They had planned to get a money order for their new apartment with that cash.

Schultz said it was hard to get a good look at the man, but recalls he had dark skin and wore a red hat.

Anyone with information is urged to call Crime Stoppers at 713-222-TIPS. You can also submit an anonymous tip online at www.Crime-Stoppers.org.

The couple has launched a GoFundMe page to help get them back on their feet.