US military readying to send 5,000 troops to border with Mexico: Officials 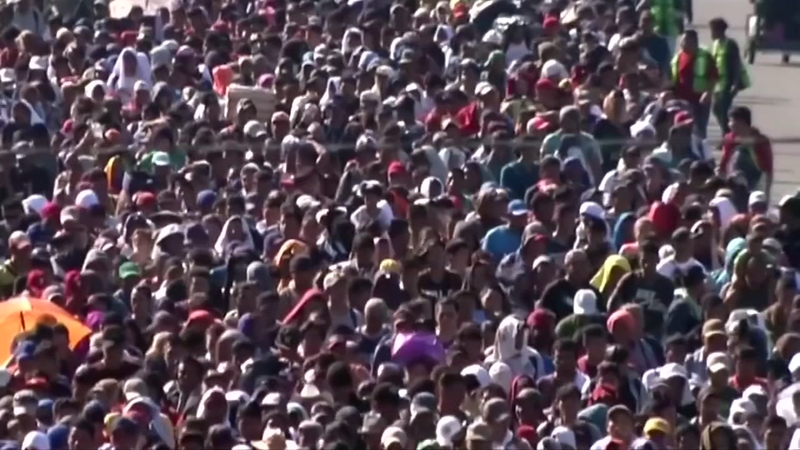 WASHINGTON, D.C. -- The U.S. military announced Monday that, by the end of the week, it will send 5,200 active duty troops to the southwest border, as well as helicopters and heavy equipment to build new barriers, to meet a request from the Department of Homeland Security to augment resources in anticipation of the arrival of two caravans of migrants currently in Mexico.

The deployment of active duty service members was triggered by President Trump's remarks last week that he wanted the military to get involved in dealing with the caravan of migrants from Central America.

On Monday, Trump, who has made the caravan and immigration a top issue ahead of the midterm elections, tweeted that the caravan of migrants included "Many Gang Members and some very bad people" and that they would not be allowed to enter the United States unless they went through "the legal process."

"This is the invasion of our country and our Military is waiting for you!" he added.

Migrant caravan headed to US now in Mexico

Another migrant caravan is headed to the U.S.

Creative ways migrants are trekking on the caravan

300 Salvadorans formed another caravan, headed to the U.S.