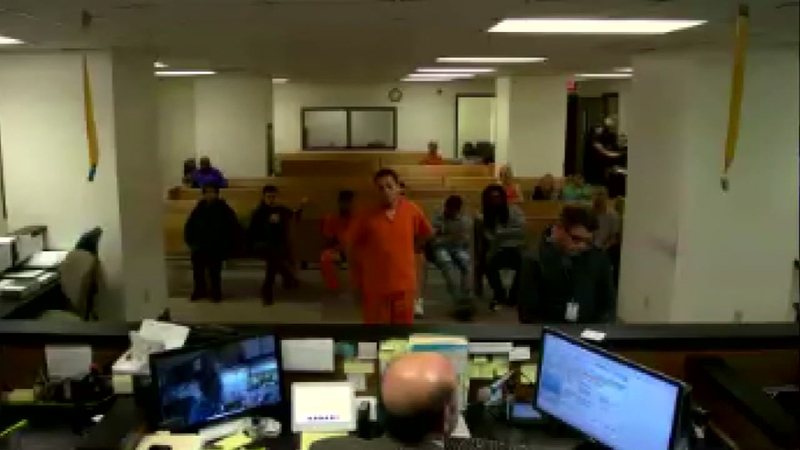 Jersey Village police say it all started in 2017 when, according to court records, Landaverde worked for Joe Myers Toyota as a salesman.

At the same time, Guillermo Hernandez worked miles away at Aquaworld, a water purification and filtration company. Records say Hernandez would take Aquaworld customers' credit information and use it to buy cars.

Police say 10 people were a part of the scheme. There were 10 victims and 20 cars bought with their identities, totaling more than $673,000.

In court, Landaverde pleaded for a lower bond, citing the need to work to support his wife and two daughters. He told the court he got another job as a salesman.

As for Hernandez, he hasn't been seen since 2017 after the investigation got underway. He and eight others face charges too.

ABC13 reached out to Joe Myers Toyota for comment. They did not return our calls.

"At the beginning it caught us all by surprise," said Henry Gonzalez of Aquaworld.
Gonzalez said once Aquaworld learned about the scheme, they immediately took action.

They sent out letters to all of their customers.

According to Gonzalez, the business urged customers to inform them of any suspicious activity about their credit.

Of the 10 charged, four are still at large, including Hernandez, Patricia Loja, Jose Marcano and Monica Sanchez.