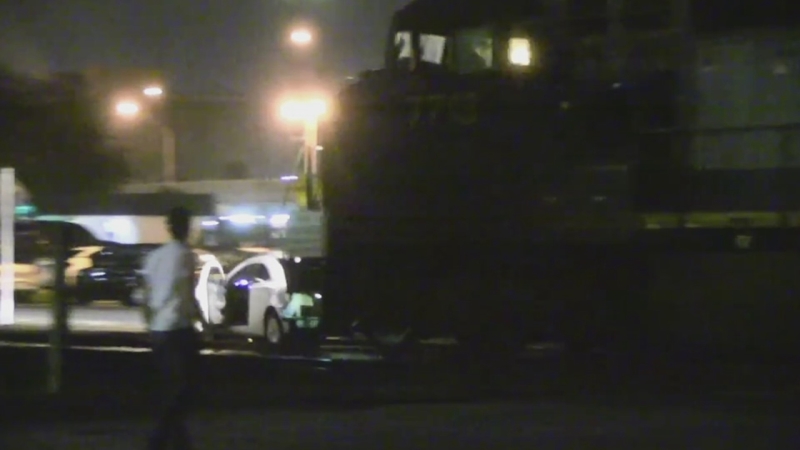 ORLANDO, FL -- The moment a freight train smashed into a car sitting on the tracks was all captured on camera.

The car became stuck on the tracks in downtown Orlando and two men can be seen near the car trying to move it off the tracks.

But as they tried to move the car, a train began heading their way.

The two men continue to try to move the car, but jump out of the way as the train gets closer.

After the train knocked the car off the tracks, the men got in and drove off.