Car was owner beaten with crowbar and dragged

HOUSTON, Texas (KTRK) -- A car wash owner in southeast Houston was beaten with a crowbar and then tied up and dragged throughout his office in an attack that was captured on camera.

According to police, it happened at Auto Usados, an auto sales shop in the 6700 block of Telephone Road on Tuesday morning.

A 68-year-old man was inside his office when he heard someone knocking on the door. Video shows the man going to unlock the door, thinking it was a potential customer. That's when the suspect is seen forcing his way into the office with a handgun.

The victim tried to get away, but the suspect overpowered him and forced him to the ground.

Press play to watch surveillance video that HPD released of the violent robbery that occurred earlier this week.

A struggle ensued and the suspect pulled out a crowbar from his bag and started hitting the victim in the head. The torture didn't stop there.

The suspect pulled the man into an office, tied him up and then dragged him from one office to another. That's when the suspect rummaged through the office in search of money.

When he couldn't find any, he took the victim's wallet and phone and left.

Police described the suspect as a Black man about 40 to 45 years of age. He stands at about 6-foot tall and weighs about 220 pounds. The suspect was last seen wearing an orange shirt, blue jeans and black square-tip boots. 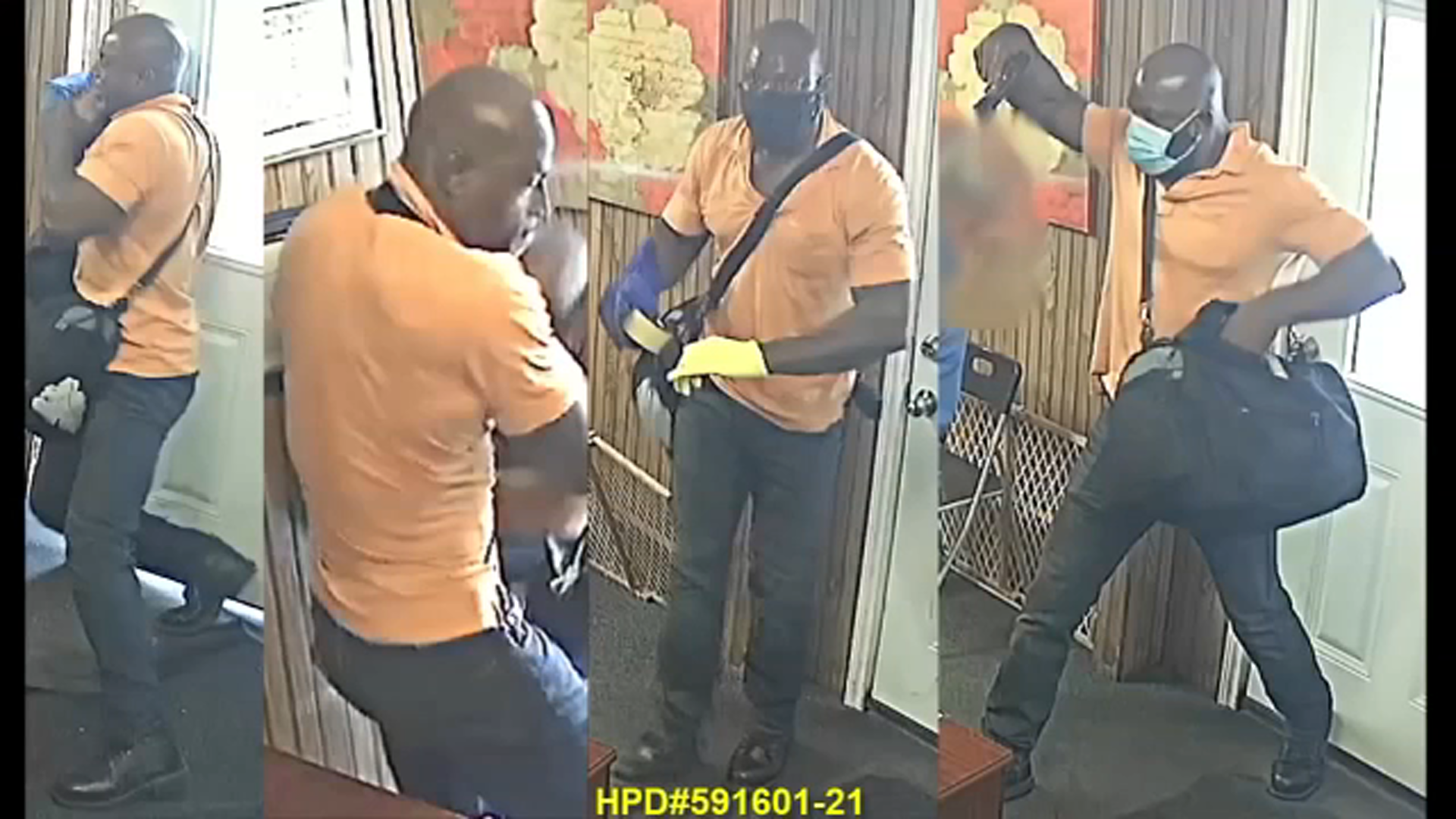 Crime Stoppers may pay up to $5,000 for any information leading to the charging and/or arrest of this suspect. If you know any information regarding this crime, you are urged to call 713-222-TIPS.