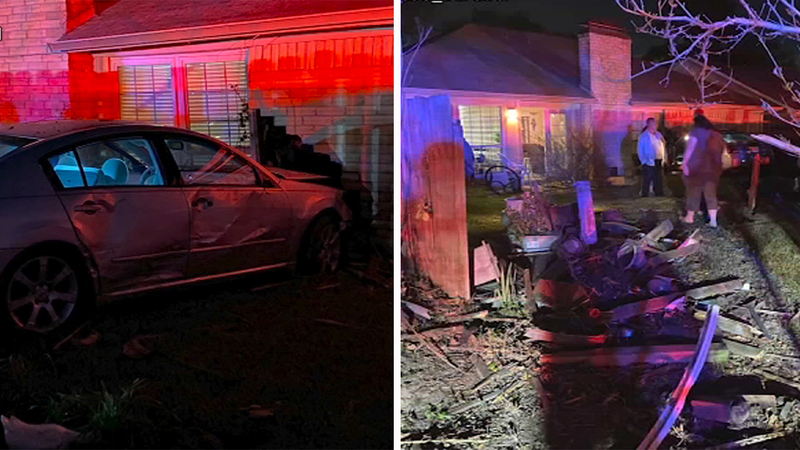 The crash happened on Hazyknoll Lane near Gears Road around 10 p.m. Sunday.

Harris County deputies say a male driver lost control and crashed through the fence, into the back of a home.

Pictures from the scene show the driver's car in the back of the home, and the fence knocked down.

D1 units are working a major accident involving a possible intoxicated driver who ran into a house. #hounews pic.twitter.com/2jcNjNeOOa

The driver attempted to leave the scene on foot, according to deputies.

Authorities say an altercation broke out between the suspect, the home owner, a wrecker driver and a HCSO deputy.

Deputies say the suspect appeared to be intoxicated. He was transported to the hospital, but is expected to be OK.

Investigators say the driver created a very dangerous situation in the area.

"We do have a current hazardous situation," said Steven Tusing with Harris County ESD 17. "We've secured the gas as best as we can, but we believe there may be a leak underneath the ground."

The cause of the crash is being investigated by the Harris County Sheriff's Office.