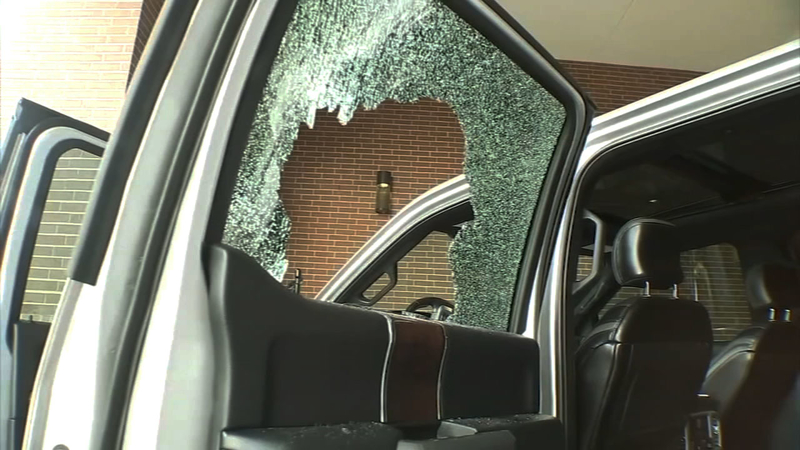 HOUSTON, Texas (KTRK) -- Car break-ins are a big problem in Houston. If you haven't been a victim yourself, you probably know someone who has.

We all know gas stations, malls and gyms are targets, but our investigation found crooks are now hitting places you would never expect, sacred places where you let your guard down.

In the first half of 2019, there were 15,000 car break-ins in Houston. That's an average of 80 car break-ins reported every day. Protecting yourself could keep you from becoming a victim.

ABC13's Melanie Lawson says she felt very vulnerable after thieves broke into her car this week. Marla Carter reveals on Eyewitness News the five new places where thieves are targeting people in Houston.

No. 1: Cemeteries
"They have absolutely no shame, no morals," said Sheril.

Sheril's husband, Fred, died suddenly from a stroke in July. Grief-stricken, days after his burial, she visited his grave.

"Took the flowers out. Closed the door. Didn't lock it. We went over to the grave, which is just there and then a few minutes later, I saw a car," said Sheril, pointing to the grave.

The grave was just feet away, but in just a matter of seconds thieves pulled up and stole two purses from Sheril's car, one of them hers, and took off.

"It's horrendous," she said.

Police are still searching for the suspects.

No. 2: Friday night football and other youth sporting events
"You know when you go to junior's football game on Friday night, you're more excited about that, you don't think about (it)," said Sgt. Tracy Hicks, with Houston Police Department's Auto Theft Division.

No. 3: Churches and places of worship
Hicks says not only is it a place where many people think their car would be safe, but police say thieves target it because they know you'll be away from your car for at least an hour.

Even on Sundays, when the parking lot is full of cars, it can be a target.

No. 4: Airport hotels
Hicks says travelers leaving items in their car are the targets.

"People traveling, people that aren't from a big city, you know coming into town or visiting," Sgt. Hicks said.

No. 5: Movie theaters
While you go in to enjoy the flick, you're away from your car for hours, leaving time for crooks to steal whatever they can.

Here's how to fight back against the thieves:

"There are alarms that have glass break sensors," Sgt. Hicks said.