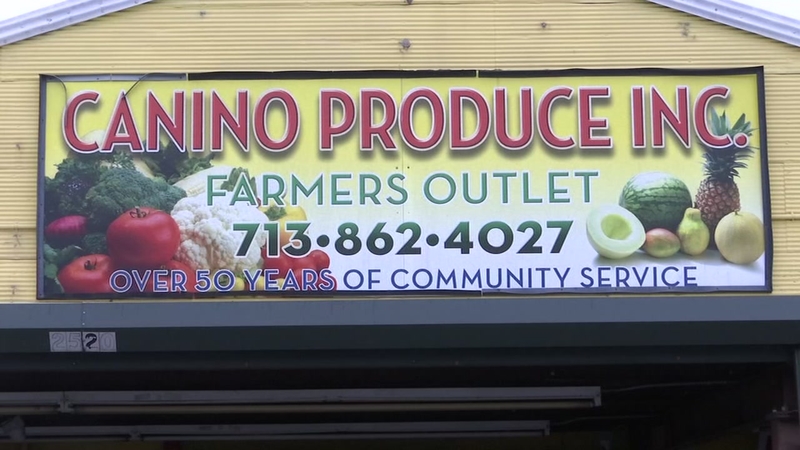 HOUSTON, Texas (KTRK) -- After 60 years in business, Canino Produce is shutting its doors.

The longtime vendor at Houston's Farmers Market in the Heights will close for good on Jan. 21.

Co-owner Bill Canino and his brother-in-law, Lawrence Pilkinton, are retiring, and no one in their family will be taking over the business for them.

"We are just getting old. I'm 70 and my brother-in-law is 71. Just the complication of owning a store and all the permits. It's just a different world now," said Canino. "I'm tired, and he's tired. It's as simple as that."

Canino's father opened the business in 1958.

"Back then, there were probably 200 local farmers. Now there are maybe five left. We've had to buy more and more stuff from out of state," Canino said.

He says it breaks his heart that he had to let go of more than 30 employees, some of whom have worked there for 50 years.

Work is underway to redevelop the rest of the Houston Farmers Market, which is not closing.

"I want to make it perfectly clear. We're just one small part of the entire market. The market's still going to be open. There are tremendous plans for the future," said Canino.