Hundreds turn out for candlelight vigils after Santa Fe shooting 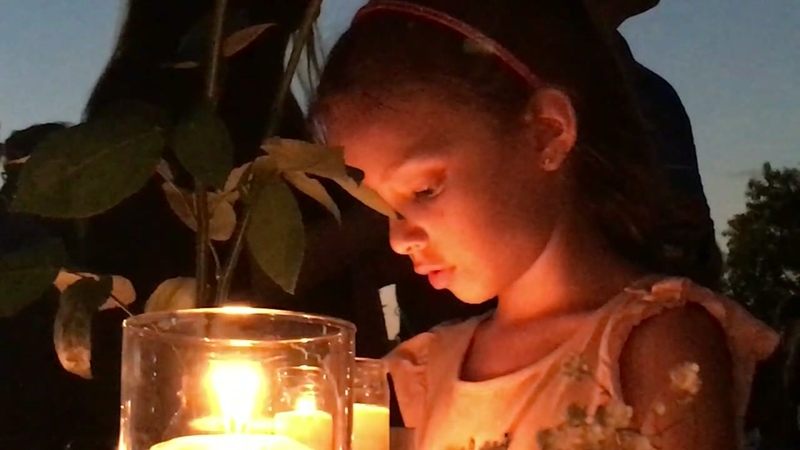 SANTA FE, Texas (KTRK) -- Families in Santa Fe, Texas, likely had other plans for this Friday night before the morning's tragedy at the town's high school.

This evening, they spent several hours together, drawn here by an unspeakable loss and the will to endure it.

At a vigil not far from Santa Fe High School, Gov. Greg Abbott and Sen. Ted Cruz both spoke then lit 10 candles in honor of the 10 people gunned down this morning. Pastors led the crowd in prayer.

The vigil was attended by parents and their children, including a mother whose son would have been a student at the school. Her child was held back a grade, and she's now grateful he was.

"When I picked him up from junior high, he said, 'Mom, that could've been me,'" said parent Amanda Toler.

Others there in honor of the families whose children were taken, worried about the impact on their own kids.

"We had a friend who lost a son and they asked questions about that and it's just heartbreaking," said parent Chuckie Platt.

There were grandmothers there whose grandchildren were at SFHS.

"It's hard to get angry when you're so hurt and you have to get past the hurt before you can," said Hilda Bradley, a grandmother.

Among the mourners was 15-year-old student Evan San Miguel, who was grazed in the back by a bullet.

When asked whether the shooter was aiming for him, San Miguel said, "I don't think so. He was trying to get someone."

While next to him, several classmates lost their lives.

"Terrifying. Terrifying. Like, I didn't know if I was gonna make it home or not," San Miguel said.

"He says he saw them gasping for air, for their final breath," said Gabriel San Miguel.

When asked how it has affected him, the elder San Miguel said, "It hurts me, because I'm 46 years old and I've never seen anything like that. It hurts me where he should be safe at school."

That's the toll this school shooting has had on Santa Fe, but it extends beyond. Jim "Mattress Mack" McIngvale was at the vigil Friday night, offering his help to the school, because like so many, he wants to do something.

"How could it happen here in this wonderful little community of Santa Fe?" McIngvale asked. "We have to put our arms around them and tell them, 'we love them,' and support them in their darkest hour."