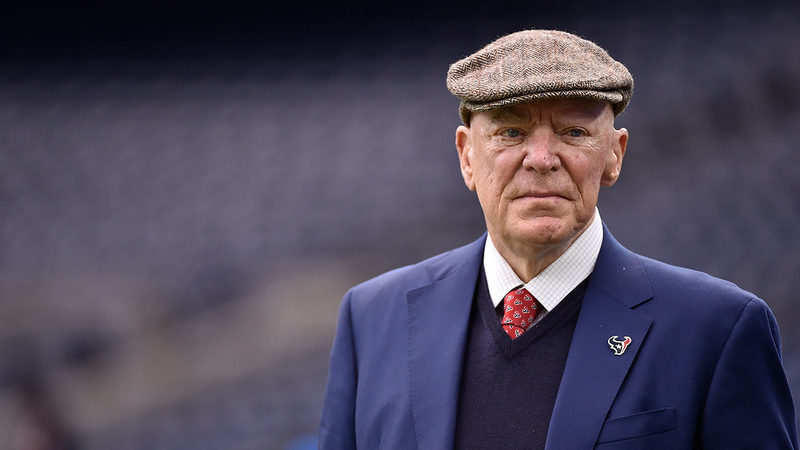 The 77-year-old McNair spoke about his ordeal at a news conference Thursday attended by his doctors and family members.

McNair says he's dealt with skin cancer for about 20 years and was diagnosed about six years ago with chronic lymphocytic leukemia, a blood disease that weakens the immune system.

He had surgery last fall to remove an abnormal growth behind his left ear. Doctors told him that they couldn't remove all the cancerous cells and that McNair had an aggressive form of the disease. He underwent six weeks of radiation and chemotherapy and CT scans in April and on Monday showed that the cancer cells were virtually gone.

There was universal support for McNair after he announced his clean bill of health.

Andre Johnson praised McNair's strength to deal with grueling radiation treatments privately. Kareem Jackson talked about how cancer has affected his family deeply so he feels a personal connection
to Mr. McNair.

It's been an unusual offseason for the Texans with Mr. McNair's revelation and David Quessenberry's battle against cancer. It's not a rallying cry, but it's a sobering reminder how
the bonds that tie this team together are so meaningful on so many different levels.

Jadeveon Clowney wouldn't talk about the specifics of his health today but the Texans #1 pick will play Saturday night. He's clearly excited for his first shot of NFL action. 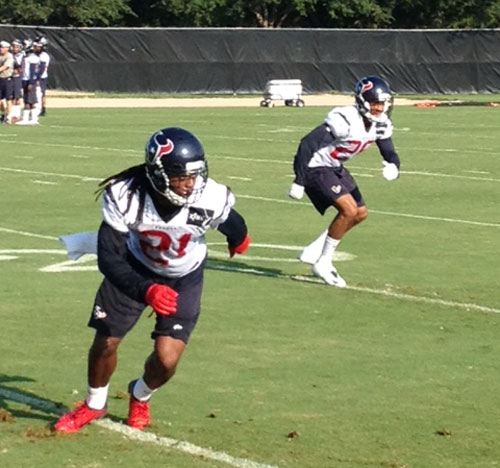 The team practiced in shorts today, but it's hardly a walkthrough or a day to take it easy. The defensive backs were gassed early in position work and the pace only picked up from there.

Offense against defense near the goal line highlighted the morning practice. Bill O'Brien would scream out, "Third and goal at the 8!" and everyone would line up to go at it.

Rookie Tom Savage pumped his fist after threading a TD pass to tight end Ryan Griffin. DeAndre Hopkins made a nice catch near the side of the end zone for another score.

But the defense had its moments, too. Kendrick Lewis broke up a pass and Eddie Pleasant picked off another.

The hurry up drill for the offense earlier in practice failed to produce. After a quick pass for a nice gain on first down, the offense bogged down under Ryan Fitzpatrick. It doesn't mean much other
than the Texans defense did a nice job in coverage.

WR Mike Thomas laughed when I asked him how detailed the work gets for the receivers close to the goal line. Bill O'Brien watched closely and every last inch counts. Every inch. Miss your break by
a hair and O'Brien was on it today. It was fun to watch veterans work on their footwork knowing O'Brien demands perfection.

It wasn't the best day for Case Keenum. I know he sets a high standard for himself and #7 hard a hard time finding a rhythm in the team drills. It's not easy when players are rotating in and out, but Saturday will be really important for the U of H product.

Overheard from the coaches today: "I've got to oil you up!" "I'm not gonna waste my breath telling you this again."

A lot of special teams work today. It's a critical part of the game for a team that wants to make a huge leap this fall.