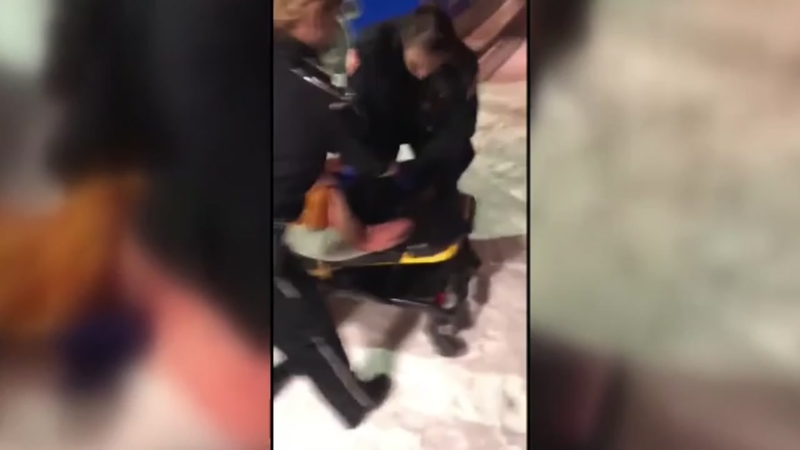 THUNDER BAY, Ontario -- Details of what led to Canadian police caught on video apparently hitting a teenager strapped to a stretcher are unclear.

Leaders in the community of indigenous people where the woman is from are asking for answers.

The video is shaky, but it appears to show a police officer striking someone who is strapped to a stretcher.

The officer then appears to shake the young woman, whose arms are restrained, telling her not to spit.

According to CBC, the teenager on the stretcher has been identified as a 17-year-old from a First Nation community about 300 miles north of Thunder Bay.

What we don't know is what transpired ahead of the apparent slap and why the teen was on the stretcher.

The video received a strong reaction from the Nishnawbe Aski nation, which represents 49 First Nations communities across northern Ontario.

In a statement, the nation said:

"We are outraged by the actions of the officer depicted in this video. We do not know all of the details that led to this incident, but there is simply no justification for such violent and callous treatment of youth in such a defenseless position. Such actions by the police, whatever the cause, must be fully investigated by an independent authority and the results made public by the police chief."