'He was lit from the inside out': Cameron Boyce's co-stars, director remember Disney Channel actor gone too soon 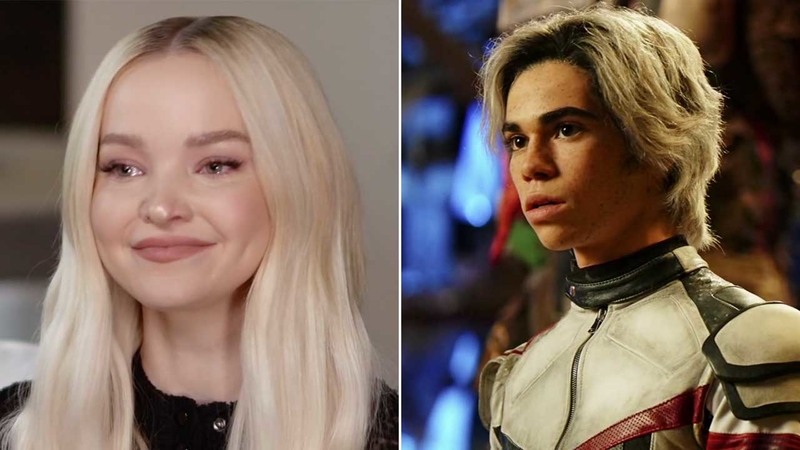 LOS ANGELES -- Weeks after the death of Disney Channel star Cameron Boyce, "Descendants" co-star Sofia Carson said what she will remember the most about him is his joy.

"If you could bottle up happiness, that was Cam. He was pure happiness and pure joy," she said. "There really will never be any words to describe the pain and how much we miss him. Not much helps except knowing that he lived life with more happiness than anyone I've ever known. "

"The Descendants" team is speaking out for the first time about Boyce, who suffered "'sudden unexpected death in epilepsy" at age 20 last month.

In exclusive interviews, Carson spoke to ABC News from where she is filming in Toronto, while co-stars Dove Cameron, Booboo Stewart and director Kenny Oretega sat down with ABC News in Los Angeles.

They all agreed that Boyce was indescribable.

"Even when he was around, he is the hardest person to put into words," Cameron said, tearing up.

Stewart described him as a reliable shoulder to lean on.

"He was the person you'd always ask for if you needed to talk to somebody," he said. "He was always there. And he was that person for everybody."

Ortega agreed that Boyce was something special.

"When he walked into the room the light changed and the energy shifted," Ortega said. "Even when he was standing still. He was bioluminescent. He was lit from the inside out."

Ortega, who is known for the "High School Musical" franchise in addition to "Descendants," said Boyce's death brought on a shock and grief unlike anything he'd ever experienced.

"I'm 69 years old. I've been alive long enough to have witnessed some pretty tough stuff. This was as tough as it gets," he said. "I didn't realize that I had as deep a place for pain to come from, that the shock and awe of this unfathomable idea of losing this beautiful soul, with such promise to this world, could possibly be real."

Cameron said she understands the loss hits their fans hard, too. She said that's one of the reasons she's speaking out now.

"I think that as absolutely heartbreaking as this one is, it is a personal loss for so many young people who watch Disney," she said. "And I truly think the best thing we can do for them is to remember Cameron exactly as he was -- in the most positive light-- but not to avoid it."

"Descendants 3," the final installment in the franchise, will be released Friday. It will be dedicated to Boyce and followed by a special tribute video.