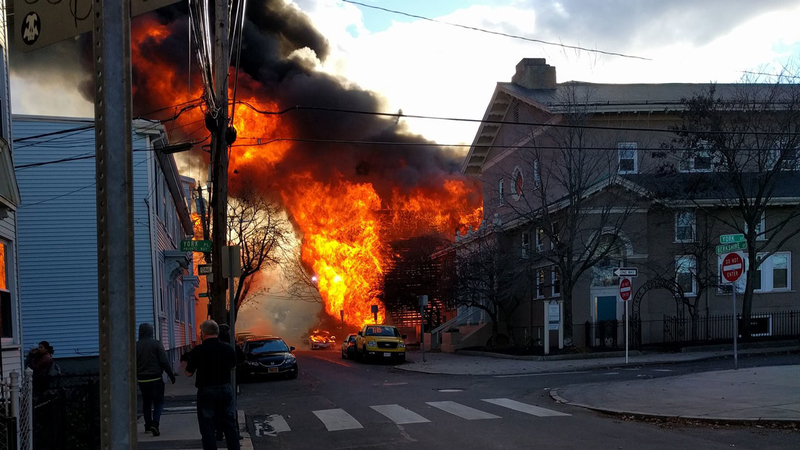 CAMBRIDGE, MA (KTRK) -- Firefighters are struggling to put down a large fire that jumped from one building to another across a densely-populated neighborhood in Cambridge, Massachusetts.

A large plume of smoke could be seen for miles on Saturday afternoon as heavy flames engulfed multi-family residential buildings.

Cambridge police spokesman Jeremy Warnick says at least seven buildings are on fire. He says some injuries have been reported but none of them are serious. The city has turned a recreation youth center into a shelter for displaced families.

Fire crews were called in from surrounding cities and towns to help after the first calls came about 2 p.m. Saturday. They were still fighting the blaze long after the sun went down.