KTRK
By Ted Oberg
HOUSTON, Texas (KTRK) -- Nineteen months after a disastrous raid at a southeast Houston home, Houstonians can finally see how HPD graded its own narcotics division.

The audit found that the two former officers made more errors on narcotics cases than cases they filed. 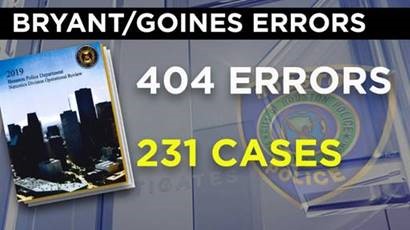 The audit suggested it was a pattern that repeated itself when auditors looked at the larger group of officers they worked with. Auditors found narcotics supervisors who failed to sign off on large numbers of cases. They also found problems that "overwhelming(ly) support the need to improve... supervisory review of case files and case tracking." 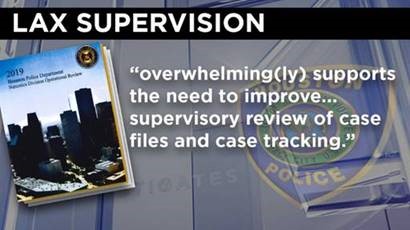 HPD has made some changes to respond to issues raised by the botched raid and subsequent audit. The changes will require more supervision of narcotics case agents, confidential informants, and especially, warrant service.

You can read more in the audit itself, available here (READ HPD Audit Report).

The changes are not enough for some HPD watchers. Standing in front of the Harding Street home Thursday morning, a group of state lawmakers and attorneys for the families of the couple who died in the raid said the audit falls way short.

"It's a whitewash. It's a scam," State Rep. Gene Wu told reporters.

Wu, who pushed for the report's release long before last night, suggests it falls short in examining the responsibility of HPD commanders.

"Either you knew, and you didn't do anything about it, or you didn't know about a very widespread problem. And a very big problem. Both are equally troubling," Wu said.

Boyd Smith, the attorney for the Tuttle family, told ABC13, "That kind of conduct (uncovered in the audit) can only happen when there is an environment, a longstanding, a pervasive, custom, and practice of illegal conduct that is known by and condoned by the highest levels of the department."

Wu refused to call for the resignation of HPD Chief Art Acevedo, but pledged new laws to increase accountability and transparency. He joined other lawmakers present in calling for an outside investigation to determine how hundreds of case errors and lapses in judgement could take place.

"This is the reason why 25 million people have protested in this country for police reform," Dr. Howard Henderson, who leads the Center for Justice Research at Texas Southern University, said. "You identified some officers who obviously have a history of gross inequity, gross misconduct. The question we need to answer now is how pervasive is this?" 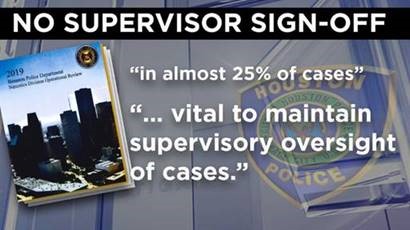 In more than 11 percent of narcotics cases, auditors found case materials were turned in late to the District Attorney. In some cases, it was six months or a year late. 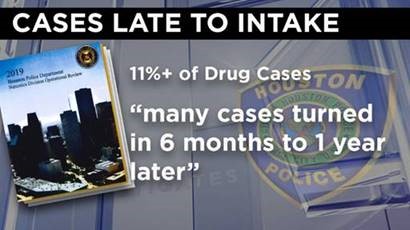 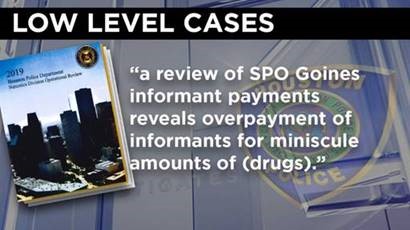 Henderson suggests the report is a good start, but not the end, which will require outsiders to help HPD.

"They now see what they have internally from an internal auditor. Now it's time to turn it over to the federal government to let them do what they need to do to fix this problem," Henderson said.

The FBI did launch an investigation in to the raid and HPD. It resulted in federal criminal charges for former officers Goines and Bryant. Attorneys for the families killed during the raid told ABC13 they believe the federal look has now concluded, but hope more will be done.

The Houston Police Department declined our interview request Thursday, but did tell ABC13 neither the narcotics commander, nor the assistant chief in charge of narcotics at the time of the raid is in that chain of command now. Both are still with department. HPD said neither was moved for discipline reasons.