By Thursday night, the blaze still threatened more than 5,400 homes and had charged through 17 square miles.
AP 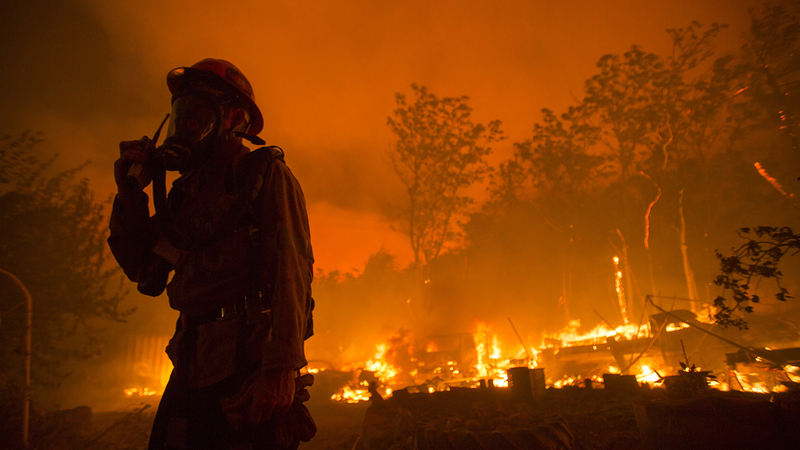 A huge forest fire that prompted evacuations north of Los Angeles was just 12% contained and after threatening more than 5,400 homes, it had charred 17 square miles (44.5 square kilometers) of brush and trees.

California's heat wave was expected to last through the weekend, bringing triple-digit temperatures and extreme fire danger to many parts of the state.

Firefighters were racing to protect a neighborhood of homes after a brush fire erupted in the foothills above Azusa.

Preliminary damage assessments found that at least three structures burned in the Lake Hughes area north of Los Angeles, but authorities said they believed more had been damaged or destroyed.

There was no containment of a blaze that blackened foothills above the Los Angeles suburb of Azusa. It churned through nearly 4 square miles (10 square kilometers) of brush and was moving away from homes, but some evacuations were ordered.