Woman with disabilities opens business after struggling to find job 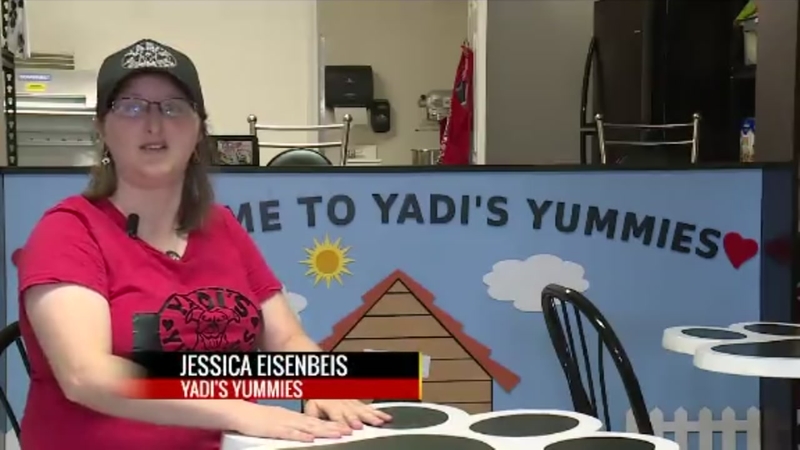 Woman with learning disability opens her own business

ST. PETERS, Missouri -- A woman with learning difficulties is teaching a lot of people about the meaning of hard work.

When no one else would hire her, Jessica Eisenbeis started her own business, Yadi's Yummies.

Jessica struggled to find work right after finishing school because of a rare genetic syndrome that can cause intellectual disabilities, but she managed to turn her passion for making treats for her rescue dogs into a business.

A store that sells treats for dogs and humans has taken a lot work, and but opening it has been a symbol of what is possible.

"I think the biggest thing is not to underestimate people's abilities, because she was told she wasn't able to work and obviously that's not true. Because she's able to do this and the past year and half we've done lots of craft fairs and things like that, so she's definitely out there selling her treats," said Jessica's mom, Cindy Eisenbeis.