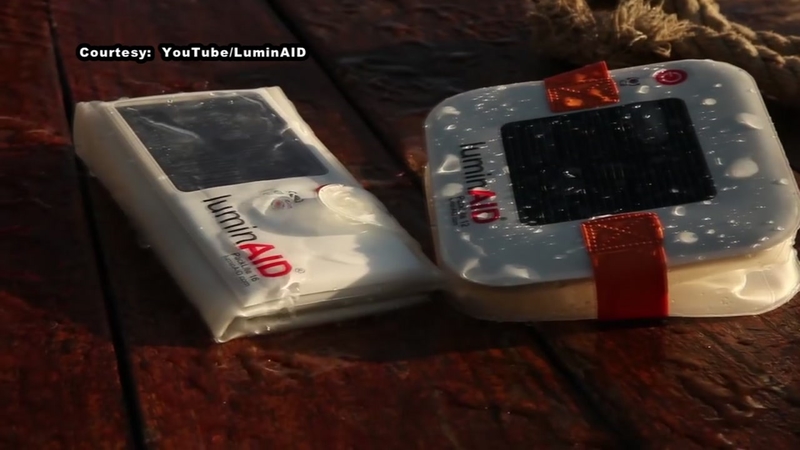 HOUSTON, Texas (KTRK) -- A Houston inventor will get another shot at fame and wealth on Sunday when she appears on ABC's "Shark Tank."

Andrea Shresta and her partner, Anna Stork, traveled with the producers of the television show to see how their invention could make a difference for flood and hurricane victims.

The invention is called Luminaid and designed to be a waterproof, solar-powered light and phone charger.

Nearly two years ago, the two appeared on "Shark Tank" looking for funding to make and market their invention.

"We're on a mission to bring light to people who need it around the world and we were able to share that entire story," Shresta said.

This Sunday, Luminaid will get another big plug when the two appear on the show to update their progress.

Shresta says they are just getting started.

"I think "Shark Tank" has launched us in a big way, but there lot of work to be done," she added. "A lot of demand in world for our product, so we're constantly finding new markets where we can go with it."