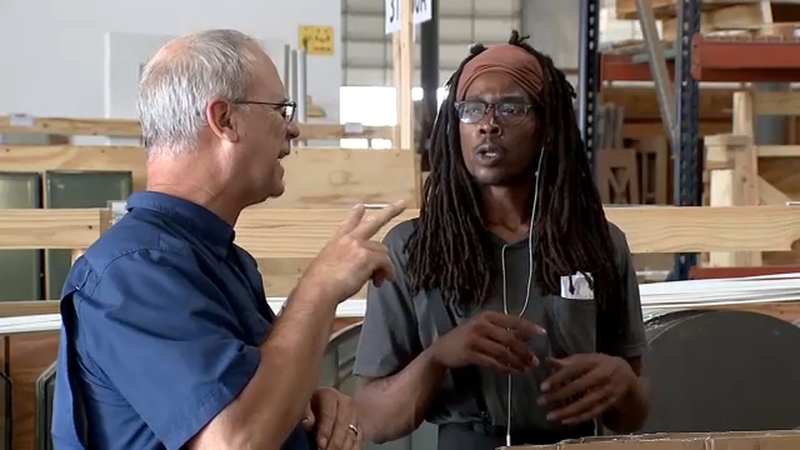 It was where his sons, Charlie, Mark and Derek, grew up working for their father.

Eventually, the three brothers took over the family business, and the company began to grow.

"We had an opportunity to start installing our own front doors," said Charlie. "We added on about 15,000 feet to have our own spray booth and a showroom for customers."

Hoelscher Weather Stripping eventually became involved in distribution, so they tacked another 43,000 square feet onto their facilities. But as time went on, they needed to expand again.

"So, due to the lack of room to expand here, we were relocating to Tomball," said Charlie. "We found a great piece of property. They're going to put a 192,000 foot building there."

Their employees are also looking forward to the move.

The Hoelscher brothers said they're proud of the staff they have on board.

Some of them have been with the company for more than 20 years.

"(We are bringing) approximately 120 employees with us, with the chance of probably as much as another 10% growth within the first year or two," said Charlie.

Charlie's brother Mark was born deaf, and received a cochlear implant about five years ago.

Through his guidance, the company hired a few employees who are deaf as well.

Some of the other staffers learned sign language to communicate with those who are deaf.

Plans for the new facility have been developed and construction has already broke ground at the Tomball location.

"So, I will obviously be supporting a lot of the restaurants there at lunch time and during the business hours, with the intent of, I think there's a possibility of employees that work for us could eventually relocate there," explained Charlie. "It's kind of a little hometown feel, but it's a city as well. So, we're looking forward to move."

The company is hoping to be in their new building by next year.