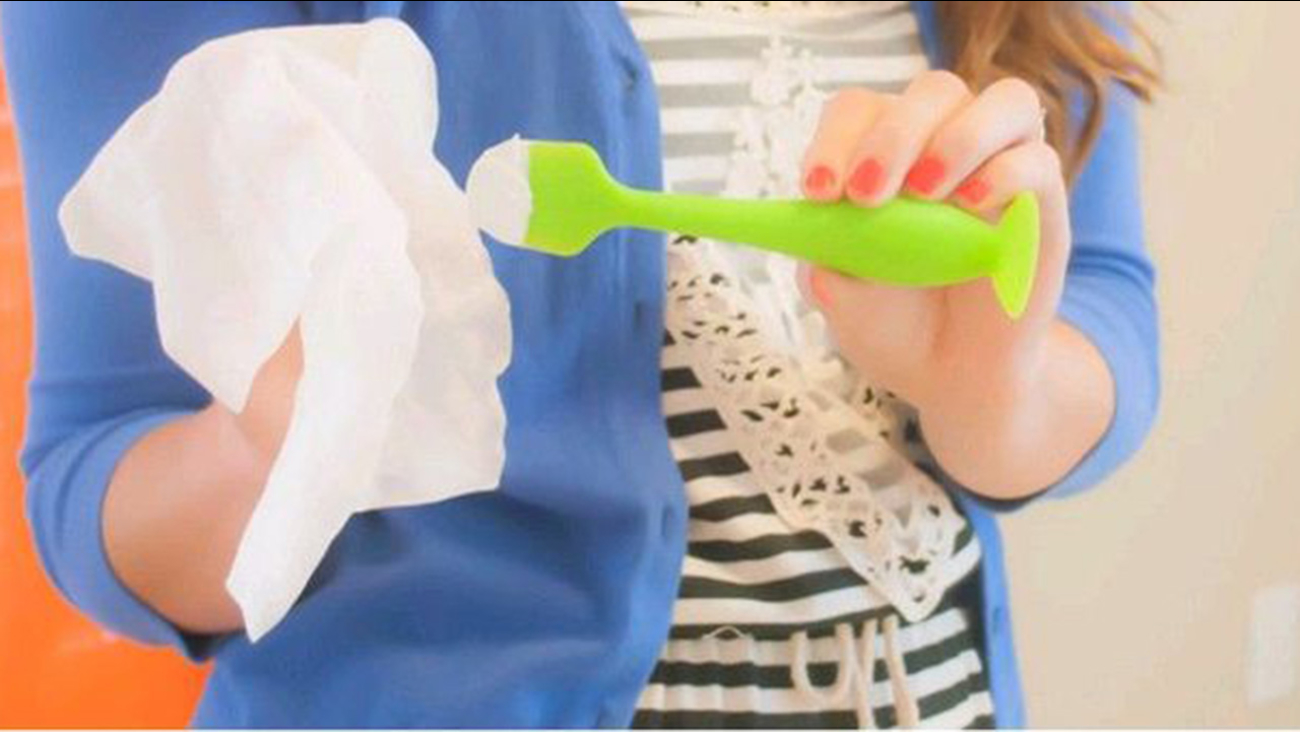 HOUSTON -- A stubborn diaper rash, spatula and suction cup were the unlikely catalysts through which Atascocita resident Kristina Cash created her business, BabyBum.

In 2013, her two-week-old son developed a diaper rash that seemed indomitable.

"He had a GI issue that was causing him to have bowel movements around the clock, which was causing the irritation," Cash said. "I remember feeling so nave, wondering whose advice to take on which products to use, but no matter what I did the rash continued to get worse and worse. For 40 days, this consumed my every thought: 'How do I deal with this rash? What's wrong?"

Her doctor suggested using baby wipes might be contributing to the area's irritation, so Cash began using water to clean the area and then applied diaper cream with her hands. The rash persisted.