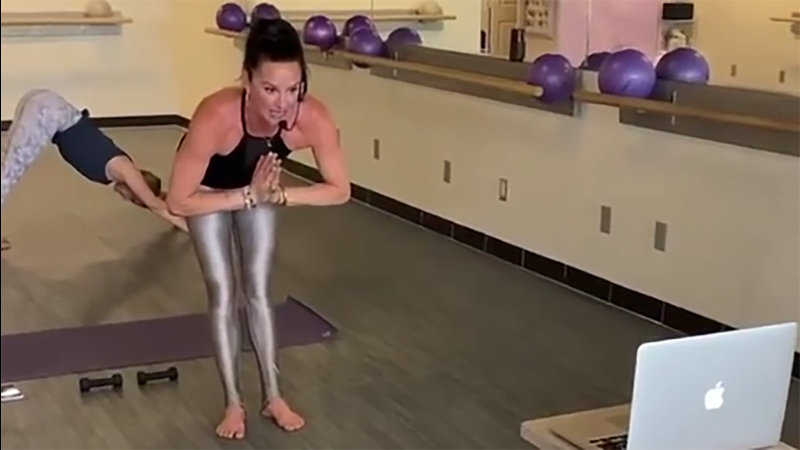 HOUSTON, Texas (KTRK) -- The pandemic has been especially hard on women-owned businesses. A year after the pandemic hit, research shows more female-owned businesses have not only shut down, but are having a harder time recovering compared to their male counterparts.

Many refer to this time in our history as a 'she-cession.' As more and more women were forced to leave their careers to be at home for their families, it meant many women-owned businesses also closed their doors. It was a year of fighting against a global pandemic.

"Everyone on my team is either a mom, or one is going to be a new mom," BodyBarre owner and instructor Paige Erwin said.

Mom of two and founder of BodyBarre, Erwin said she knew all the moms on her staff had their own families they were trying to provide for.

"Our choice to stay open, you know, it wasn't even a choice. It was, you've got to do it," Erwin said.

As Texas and the nation shut down, Erwin's team stopped providing in-studio fitness classes. Practically overnight, the business successfully transformed into a totally digital operation as Erwin says her team pivoted and embraced the challenge. Together, they learned and developed new ways to keep her employees and clients moving. As a result, they even expanded their client base virtually around the world.

But it's not lost on Erwin that some female-run businesses just couldn't keep the lights on.

"It's not fair what happened to these women who had to go out of business, because they had no other choice and they were raising their families," Erwin said.

According to a recent survey by the U.S. Chamber of Commerce, female-owned business are taking nearly twice the amount of time to recover financially from the impacts of COVID-19 as those owned by men are. Female business owners say they are less likely to be able to increase their staff this year compared to men.

Even when the women-owned businesses started to recover, they were still finding success below their historical average, but the male businesses exceeded theirs soon after rebounding.

Erwin says helping to bring back female-owned businesses, leaders and role models in our community is everyone's responsibility.

"There's a woman-owned boutique near BodyBarre and we planned a birthday party there so we could help her income. It's very important for us to go out there and support female-owned businesses and shop local with them," Erwin said.

Typically, Erwin says she would travel the world training instructors. Since that's difficult right now, she is hosting her first online 12-hour instructor certification course with 24 people from across the U.S., live from her studio. Then, later this summer, she is doing the same thing with people in Europe and Asia and all over the world.