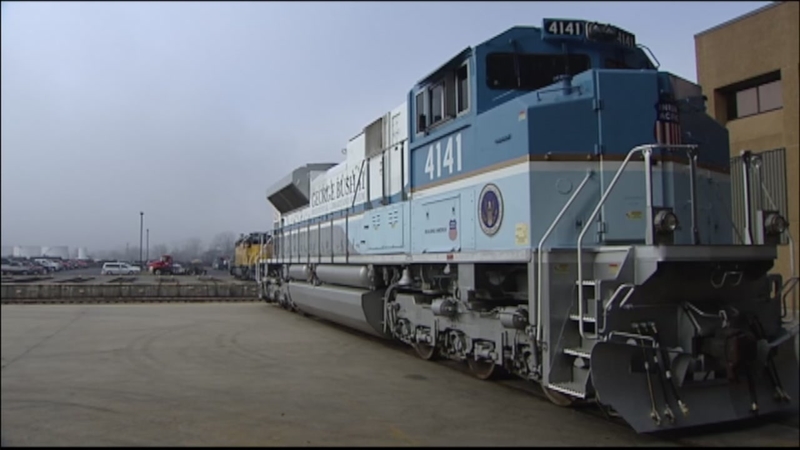 Bush 4141 called to its next mission

Painted to resemble Air Force One, Union Pacific railroad honored President Bush with Bush 4141 back in 2005.

Unlike other engines on the rails, Bush 4141 is the only one to have ever been driven by its namesake and a former U.S. president.

Michael Iden, who worked closely with the crew to create Bush 4141, was aboard the historic ride.

Iden says Bush requested to take a tour of the locomotive the day after it was dedicated to him.


"The president looked at us and said with a smile on his face, 'Do you mind if I take it on a drive?'" Iden said.

After a brief lesson, Bush took control of the train and went on his first ride.

The locomotive was called to duty to transport President Bush from Houston to his final resting place at the George H.W. Bush Presidential Library behind the Texas A&M campus.

Late president #GeorgeHWBush will be the first since Dwight Eisenhower to be carried to his final resting place by train. As the casket is carried from Houston to College Station, our exhibit Trains Over Texas proudly displays this replica of the 4141 Train in his honor. pic.twitter.com/WVPhtYcDnF

What to expect in days to come for George Bush services.