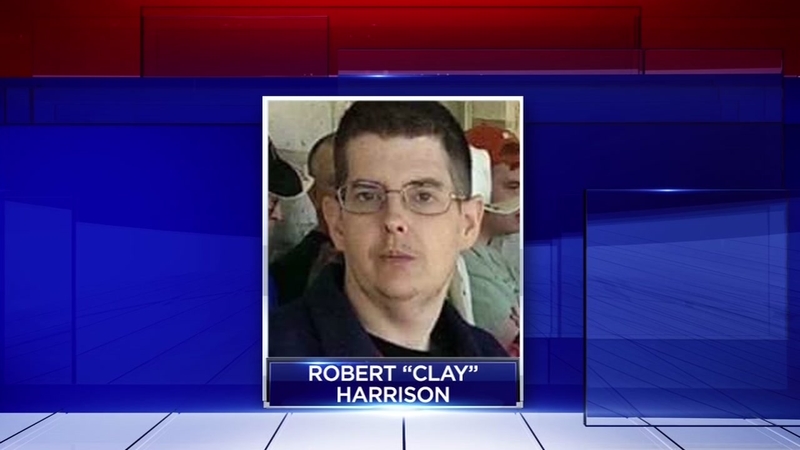 HOUSTON (KTRK) -- The family of a man with a disability last seen Sunday at Bush Intercontinental Airport hopes the public can help find him.

Cindy Harrison went through her monthly routine of watching her 38-year-old son with prader willi syndrome board a flight back to Austin, where he lives in a group home.

"He's very gregarious and if you talk to him you would not know he has a disability," says Harrison.

With a special pass to the secured area, she waved goodbye as Robert "Clay" Harrison walked down the jet way. A couple of hours later his ride in Austin called to say, he never showed up.

Since Sunday, family and friends have been terribly worried about the man who has the mental capacity of a 12-year-old.

His cousin Jennifer Nava says, "Without his medication he will become disoriented because it stabilizes his moods."

The Harrison's say they immediately contacted United on Sunday, asking for help.

His mother said, "They just basically said there is no way he could get off the plane."

She says the airline told her he must be in Austin, they do a head count before taking off. So the search started there.

The family says they waited and waited, asking to see surveillance video. It wasn't until police and the airline viewed it yesterday they discovered Harrison never left Houston. He was seen leaving Terminal "B" and last seen on-camera near a Terminal "C" restroom Sunday.

Mary Clark, spokesperson for United Airlines, says they are reviewing the circumstances. Records show Harrison boarded the flight and they had an accurate head count. The airline does not provide escorts for disabled adults.

Co-workers from his mother's office spent the day talking with travelers and distributing flyers at the airport.

Volunteer Falan Shankle said, "With this being international it's huge, there's so many people and there's so many transient people in the area that people are in and out of the airport thousands a day. It's kind of difficult."

She adds, "Robert has special needs so some things he may not be able to do that the rest of us can do. That's her baby so she's really concerned, we're all really concerned. We want to find him safe, happy and healthy and make sure nothing has happened to him."

They found at least one airport employee who believes she saw him.

"I know I saw him," says Pamela Puerto. The Starbucks worker says, "He was staring like looking if he was going to get something."

But the Harrison's believe this long and stressful search could have been prevented.

"I wish they would automatically review video for a family. If there is a missing person then drop everything and especially if it's someone disabled or a child is lost," Nava said.

The Houston Airport System is reviewing video and checking on when the initial request was made after Harrison went missing.

Harrison stands 5 feet, 4 inches tall and weighs around 200 pounds. He has brown hair and hazel eyes and wears glasses.

If you've seen him, you're asked to call police.

Related topics:
houstonbush intercontinental airportmissing person
Copyright © 2022 KTRK-TV. All Rights Reserved.
TOP STORIES
Daylight shows home destroyed after standoff with shooting suspect
What we know about man accused of shooting 3 HPD officers
Suspect arrested after 30-minute chase ends on I-45 in Texas City
Clouds clearing today, sunny through the weekend with rain next week
5 people charged in connection with Pct. 5 corporal's murder
How many times can I reuse my N95 mask?
Decades after TV anchor disappears, convicted rapist denies connection
Show More
Driver dies after slamming into 18-wheeler's trailer on US-59
Woman shot in the shoulder during robbery set up in SW Houston
Prepare for a major closure at I-69 and 610 West Loop this weekend
Officers escort body of corporal killed in ambush to funeral home
ABC13 obtains HPD scanner traffic of chase that led to shootout
More TOP STORIES News