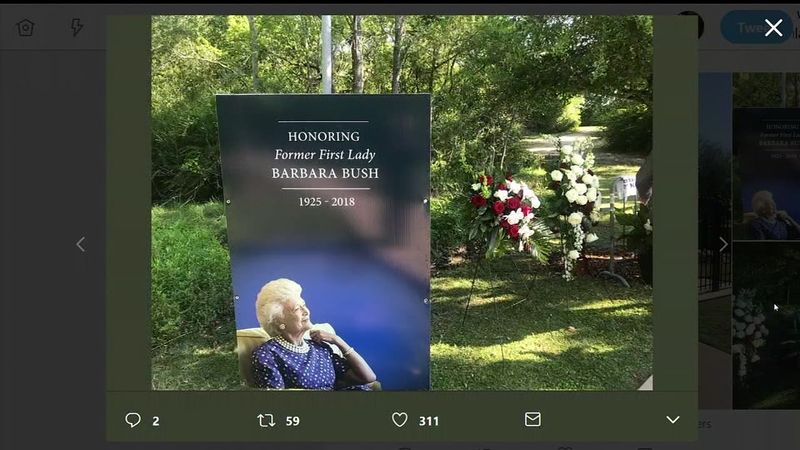 HOUSTON, Texas (KTRK) -- Barbara Bush's gravesite will open to the public Monday morning if they wish to pay their respects to the former first lady.

A family spokesperson says the gravesite at the Bush Presidential Library at Texas A&M University in College Station will open at 9:30 a.m.

Mrs. Bush was buried Saturday afternoon. The burial site is in a gated plot surrounded by trees and near a creek where the couple's 3-year-old daughter Robin is buried. She died of leukemia in 1953.

"It was a very brief but poignant and beautiful ending to a very moving and incredible day. It would have been exactly what Barbara Bush wanted," family spokesman Jim McGrath said.