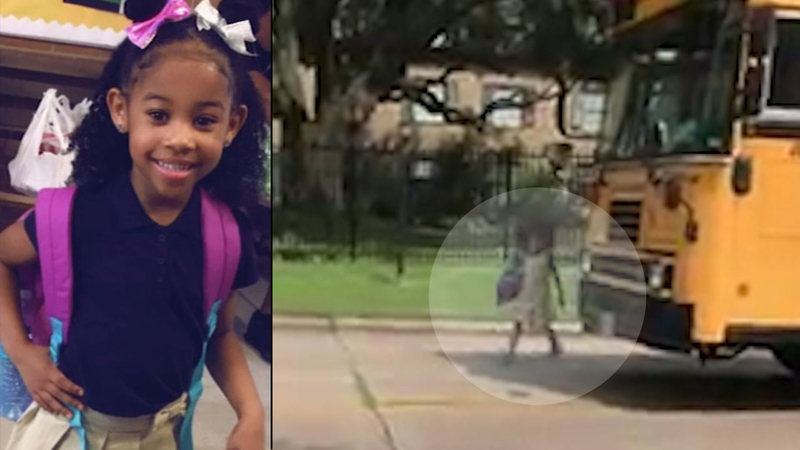 Driver who nearly hit child while while she was getting off school bus arrested: HPD

HOUSTON, Texas (KTRK) -- A mother said her daughter was one step away from being hit by a car after she got off of the school bus Wednesday.

Josephine Kirk-Taylor was standing outside of her apartment complex with her two other children recording a video of her daughter as she got off the bus from her second day of kindergarten.

The video she took shows the school bus stop put out its stop sign and a car zip past.

Kirk-Taylor can be heard screaming for her daughter to stop walking across the street so she was not hit.

The mother said what happened could have ended much differently if her daughter did not listen to her direction.

She hopes what happened to her daughter serves as a reminder to other drivers to stop when they see school buses dropping off children.