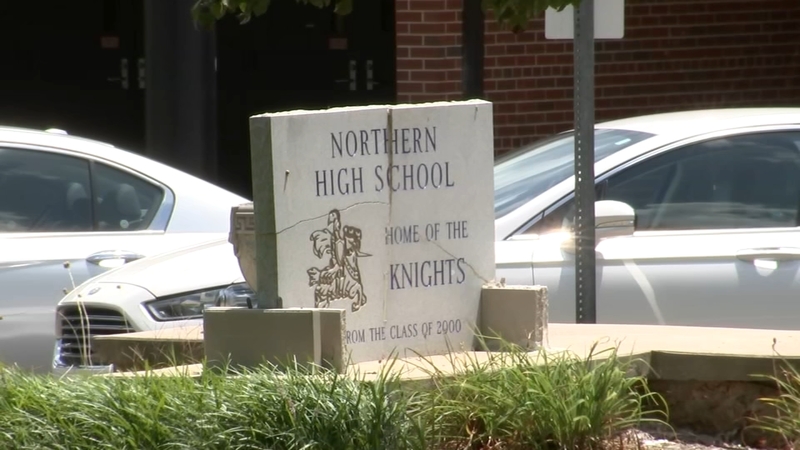 DURHAM, North Carolina -- Police say they believe a school bus driver may have ordered someone to shoot a 17-year-old high school student.

The story unfolded on May 29 in north Durham. According to a search warrant, the teen had just gotten off the bus when gunfire rang out from some nearby bushes.

Bullets hit the family's home, but the teen was not injured. Investigators said they believe his school bus driver may have coordinated the attack while driving the bus.

Authorities wrote in the search warrant that the bus driver had gotten into a fight with one of the boy's relatives before the shooting.

Police said security video from school bus No. 611 shows the bus driver exchange derogatory words with the teenager before the shooting.

According to investigators, the video also shows the driver texting throughout the bus route and just as the student gets off the bus.

Durham Public Schools said the substitute driver was fired the following day for not reporting the incident and for texting and driving.

The driver had been employed with the school district since September.

DPS released this statement:
"Our bus drivers as a group are committed to keeping students safe on the road and at bus stops. We will not accept any conduct by a school bus driver that does not uphold this commitment."
Report a correction or typo
Related topics:
north carolinadurham public schoolsschool busgun violenceshootingbus driverstudent safetyu.s. & world
Copyright © 2022 WTVD-TV. All Rights Reserved.
TOP STORIES
'It was like a mad dash:' Clear Creek ISD senior set to graduate
Man dead after being shot during road rage incident, HCSO says
CDC recommends wearing masks indoors, ahead of Memorial Day weekend
Scattered storms move in tonight ahead of front
Murder suspect dead after found unresponsive in cell, sheriff says
Astros fan from Spring celebrates 95th birthday with favorite team
Child hospitalized after found 'unresponsive' at Splashtown
Show More
Runner dies after collapsing at finish line of Brooklyn Half Marathon
Global K-pop sensation Seventeen kicks it in Houston in new tour
'NFTs: Enter the Metaverse' | Trailer
Authorities search ends for man with felony warrant out for his arrest
Early Voting holds off Epicenter to win Preakness Stakes
More TOP STORIES News