NEWBERRY, South Carolina -- There are no serious injuries after a bus full of teens caught on fire.

The flames engulfed the vehicle on its way back home to Jacksonville, Florida, after summer camp, WJXT-TV reports.

Flames could be seen shooting from the back of a charter bus on the side of I-26 outside of Newberry, South Carolina.

Student worship leader Jordan Poole was one of the adults on the bus and says they did their best to keep the situation calm.

"It's really interesting, when we started evaluating what the timeline was like, because you don't know the bus is on fire, you just see smoke, what could explode or how much longer do we have on this bus," Poole said.

At first they thought the smoke was from a flat tire, but quickly realized it was much more dangerous.

The engine was shut off, and the front door was too close to the guardrail to fully open, so only a few were able to squeeze out the front door. Most of the others had to be helped out of the emergency windows.

"We also had a lot of pedestrians pull over on the side of the road to make sure we were OK, they grabbed fire extinguishers to help put out the fire, we had consoling mamas who were just helping some of our middle school guys who were a little teary eyed at the moment," Poole said.

A scary situation, but one that reminded this church group about the importance of faith and coming together.

Eleven students were released after being evaluated at the hospital.

The student leader says an electrical problem on the bus may have caused the fire.
Report a correction or typo
Related topics:
south carolinafireu.s. & worldfire rescuebus accident
FIRE 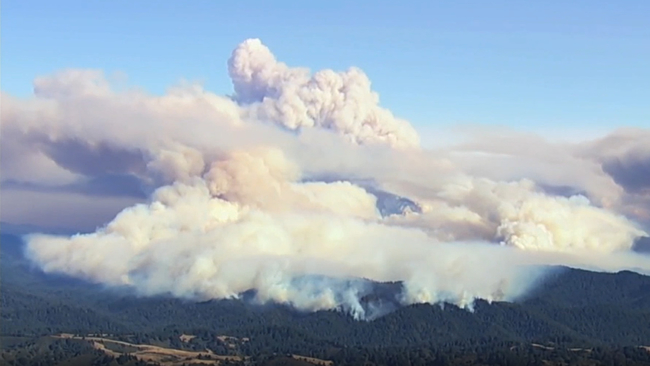