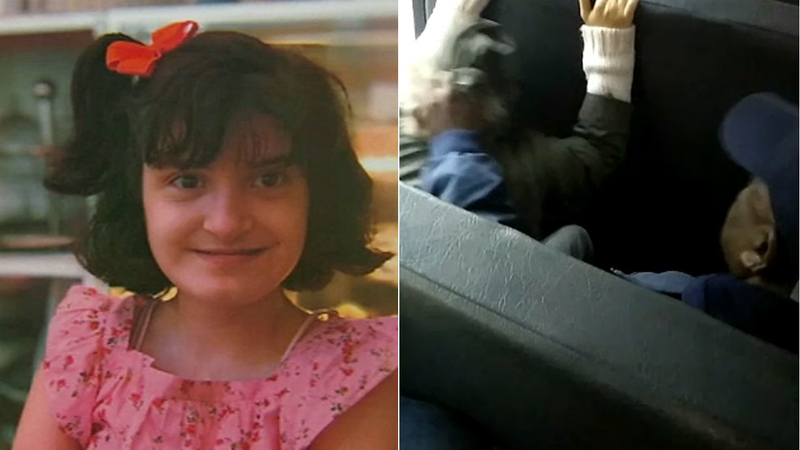 MANHATTAN, New York -- A family says their daughter who has a developmentally disability was shaken and pushed by a bus aide on her way to her private school in New York City.

The aide has been suspended and arrested in connection to the Oct. 30 incident, but now the victim's family is speaking out and demanding justice.

India Knox, 13, has the mental capacity of a 5-year-old. Cellphone video shows bus attendant Bereck Valmont grab her and shake her from the back of her hood.

She can clearly be heard saying "I'll calm down, I'll calm down," but seconds later, Valmont can be seen throttling her again into the seat in front of her.

"My daughter was attacked and relentlessly attacked in almost a sadistic manner," the victim's father, Shaheen Knox, said.

Now the Knox family is planning to file a lawsuit after they say their daughter suffered minor physical injuries, but was traumatized emotionally.

"Clearly any attendant on the bus is there to help the children, not attack them, not assault them," the family's attorney Sanford Rubenstein said.

When Eyewitness News called Valmont, he said he has never been in trouble in his life and he didn't do anything because he knows it is his job.

"When she says 'I calm down, I calm down,' I leave her alone," Valmont said.

Valmont also insisted that the child was spitting on other children on the bus and he was trying to protect her and the other children.