Burglary suspects slip away from police in SE Houston 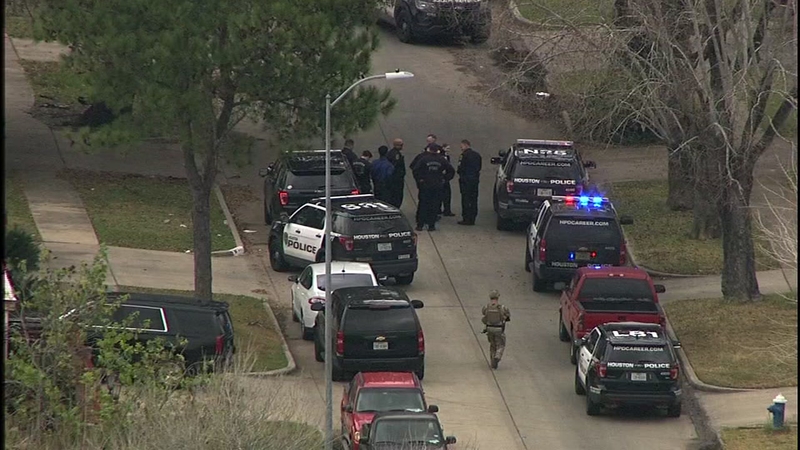 HOUSTON, Texas (KTRK) -- Officers surrounded a home where they thought burglary suspects were hiding in the attic, but ultimately the house was empty.

HPD officers spent hours on the scene in the 900 block of Globe.

The homeowner called police when two men broke into his house. He wasn't home at the time, but his security system alerted him.

Officers surrounded the home and tried to contact the suspects. But when they entered the house after getting no response, the home was empty. Two assault rifles were left behind by the suspects.

A day before, Montgomery County Precinct 4 deputies pulled a wanted fugitive from the attic of a home near FM 1485. Deputies say the home he was hiding in had a cache of stolen items, including a boat and a trailer.
Report a correction or typo
Related topics:
houstonburglaryswatstandoff
Copyright © 2021 KTRK-TV. All Rights Reserved.
TOP STORIES
Biden signs bill to make Juneteenth a federal holiday
New memoir 'On Juneteenth' reflects on life in segregated Conroe
How Texas 'critical race theory' bill could impact teachers
Hurricane Center issues first forecast for Potential Storm Three in Gulf
Boy had scars 'indicative of belt whippings' before death, report says
Man charged in deadly 2011 assault of 85-year-old in Montrose area
How quick crime fighting uses tech to pinpoint shooting suspect
Show More
80-pound cannonball found in Houston could date back to Civil War
Meet Opal Lee, the grandmother of Juneteenth
Here's what will be closed or open for Juneteenth
Woman shot and killed while trying to flee carjackers, police say
MS-13 member gets 50 years in prison after teen found dead in park
More TOP STORIES News